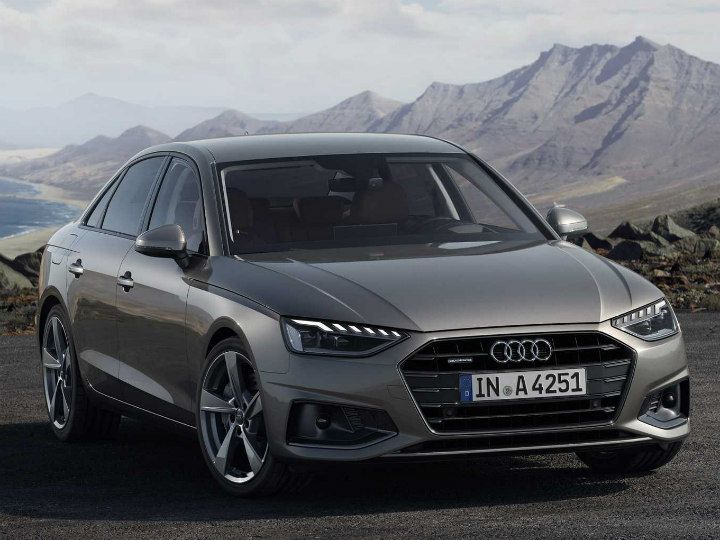 Audi has revealed its all new A4 lineup, which is poised to hit global markets by 2020. And from the looks of it, the updated A4 lineup has received a refreshed look with a new set of powertrains. The Audi A4 made its debut in 1994 to compete against the BMW 3 Series and the Mercedes C-Class -- a long and fiercely contested rivalry that only looks set to gather more firewood with the latest iteration of the A4.

On the outside, the A4 sports a slightly enhanced front facia. The most obvious change in the A4 lineup is the redesigned LED headlights which now come standard in the Audi A4. Other cosmetic changes include a bigger single frame grille and redesigned tail lights. In comparison to its predecessor, the new A4 gives a sportier look.

Its interiors remain largely unchanged, aside from an all new Multi Media Interface. The new MMI comprises of a 10.1-inch TFT touchscreen display compared to the rotary/push button controls on the older instrument panel. The MMI system also utilises more efficient navigation system for a user-friendly experience. It also features connected car tech through Audi Connect and Connect Plus. These offer online services such as Car-to-X, which uses traffic data for precise navigation. Traffic light information is another new addition to the A4. The new A4 models also come with Audi Virtual Cockpit Plus as an option.

With the launch in Europe, Audi will offer a range of six turbocharged engines. Their power output ranges from 150PS to 347PS. Three of those powertrains will include the mild-hybrid system. The 12-volt mild-hybrid system reduces fuel consumption by 0.3 litres per 100km according to Audi. All the engines also comply with the Euro 6d-temp emission standards.

The new A4 lineup comes with standard and sport suspension options. This can be toggled with the Audi Drive Select system to change ride height for different driving conditions. It can also make changes to the steering, transmission and the throttle response.

The updated Audi A4 models are available for order in the European region starting from this month. The base price of the updated Audi A4 starts from 35,900 euros (Rs 28.24 lakh). While we don't have an official confirmation on when the new A4 will make its way into India, we expect it to follow in by 2020. In India, the current A4 retails in between Rs.41.47 lakh and Rs.46.94 lakh.