Porsche surprised many as it showcased its new electric sedan – Mission E. The Porsche Mission E is powered by a 600PS all-electric drive motor with a range of 500km while Porsche Turbo Charging recharges 80 per cent of the battery in just 15 minutes! 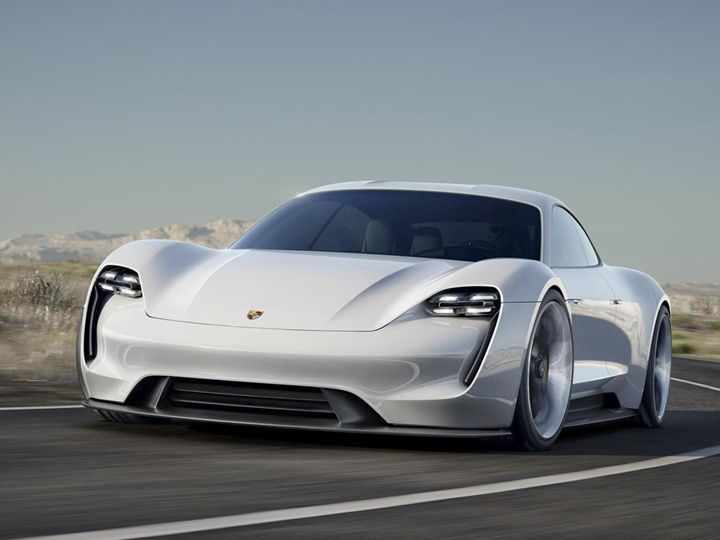 Porsche surprised one and all as it drove in the new Mission E concept alongside the turbo charged Porsche 911. It was no secret that Porsche has been focussing its attention on electric drive system and we saw the glimpses of it in the Porsche 918 Spyder and the 2015 Le Mans winning programme. The styling of the Porsche Mission E concept can be labelled futuristic and seems to be an interpretation of what the Porsche Panamera would have looked like if it was part of the Hollywood sci-fi flick I, Robot. Two permanently-excited synchronous motors (PSM) – similar to those used in this year's Le Mans victor, the 919 hybrid – accelerate the sports car and recover braking energy. In combination both the motors produce over 600PS, numbers which are good enough for the Porsche Mission E to a speed of 100kmph in less than 3.5 seconds while the double ton is achieved in less than 12 seconds. It also sports an all-wheel drive system with Porsche Torque Vectoring – which automatically distributes torque to the individual wheels. The Mission E also lapped the Nürburgring in under 8 minutes.

One of the biggest hurdles faced by electric cars is range but the Porsche Mission E has a solution for it. The car can travel 500km on a full charge which is impressive but further hikes its appeal is the fact that it can be charged with enough energy for around 400 km more driving range in less than 15 minutes! The reason for this stupendous recharge time is the fact that the Porsche Masson E employs a 800-volt technology for the first time instead of conventional 400volts. This system has been christened as Porsche Turbo Charging and the charging time is the fastest for any electric vehicle. The lithium-ion battery runs the entire length of the car, between the front and rear axles and the car boasts a 50:50 weight distribution. To keep the kerb weight low, the Mission E has been crafted from combination of aluminium, steel and carbon fibre reinforced polymer.

The cabin layout is typical of any Porsche production car but with a touch of modernity in terms of design and materials. The lack of a transmission tunnel means that interior space has risen. Another aspect of the interiors is the lack of physical buttons or knobs as they have been replaced by OLED (organic light-emitting diodes) screens. There is also an eye-tracking system that works with a camera to detect which instrument the driver is viewing. If the driver sits lower, higher or leans to one side, the 3D display of the round instruments reacts and moves with the driver. The Porsche Mission E will hit production in the next few years and given the technology it has on tap, the folks at Tesla Motors should be a worried lot.