Exclusive: Royal Enfield Himalayan to be launched at Rs 1.85 lakh

Sources close to the Royal Enfield Himalayan project have disclosed to ZigWheels that the upcoming adventure bike will be launched in November 2015 at a price range of between Rs 1.65 – Rs 1.85 lakh 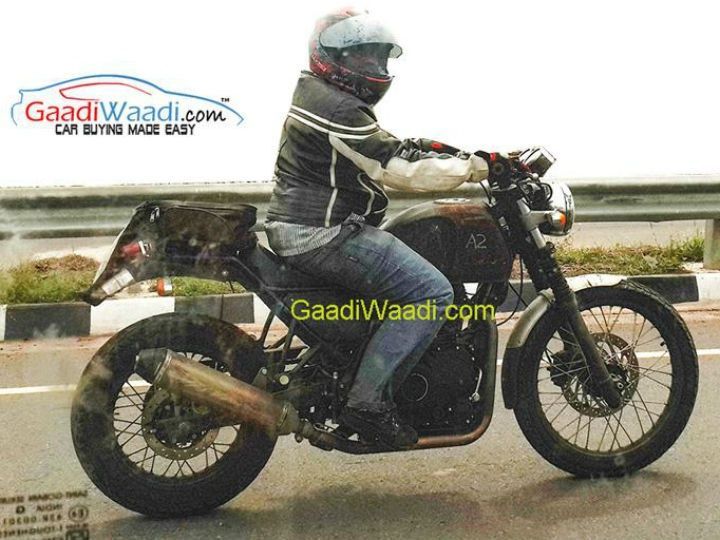 Royal Enfield is getting ready to launch its much-awaited new adventure motorcycle, the ‘Himalayan’ in November 2015.

What is important is that the management at RE is still mulling over the pricing, and the source has told ZigWheels that it will be priced very competitively. The final price is yet to be decided, but it is expected that the Himalayan will be priced between Rs 1.65 lakh and Rs 1.85 lakh, he said.

“The management has decided that the Himalayan will not be priced above the psychological barrier of Rs 2 lakh, because once that is crossed, customers do not hesitate to move on to products which are priced even at the Rs 3 lakh or Rs 3.75-4 lakh range. Royal Enfield bikes have been selling in large volumes and the management is very clear that the Himalayan should attract customers like the way all Royal Enfield motorcycles do. So the price will be very competitive,” he said.

In terms of looks, the production version will be similar to the test bikes we have seen so far, but a front 'beak' may be added, which seems to be the design norm for all adventure bikes these days. Paint quality is also expected to be of high quality with a matte finish option available as well.

The Himalayan will get an all-new four stroke, single cylinder, 410cc air-cooled engine. The engine will make around 28PS of power and contrary to most reports, will make about 32Nm of torque, and not 40Nm as widely reported.  The final tests and tuning of the engine are still underway, the source said, adding that the final output figures could vary marginally. The bike has already been tested extensively at the Madras Motor Race Track in Chennai and on public roads.

Instead of traditional push rods on Royal Enfield engines, the new engine on the Himalayan will have overhead cams and is expected to be a more refined unit than any existing Royal Enfield motor. The Himalayan’s engine is expected to freely rev up to 6500-7000rpm and will also be equipped with a counter balancer to reduce vibrations. So, that means the Himalayan will vibrate a lot less than any other Royal Enfield, even at high speeds. And that is very good news for effortless and smooth highway cruising.

The engine will be mounted on an all-new double cradle frame designed by UK-based motorcycle chassis and components manufacturer Harris Performance. Earlier this year, Royal Enfield acquired Harris Performance, which was responsible for the chassis development of the Royal Enfield Continental GT as well. A reinforced subframe has also been incorporated to boost luggage carrying capacity.

Additionally, the Royal Enfield Himalayan is also expected to get an all-new instrument panel which will display two trip meters, compass and even altitude readings. The Himalayan is a much-awaited product from Royal Enfield and the motorcycle touring community will be looking forward to this adventure cruiser. At Rs 1.85 lakh, the Himalayan will be priced below the Royal Enfield 500s, as well as the Continental GT and is certain to generate a lot of interest and sales, both in India and in Royal Enfield’s export markets.