The 600cc Japanese supersport was spotted undergoing homologation at ARAI 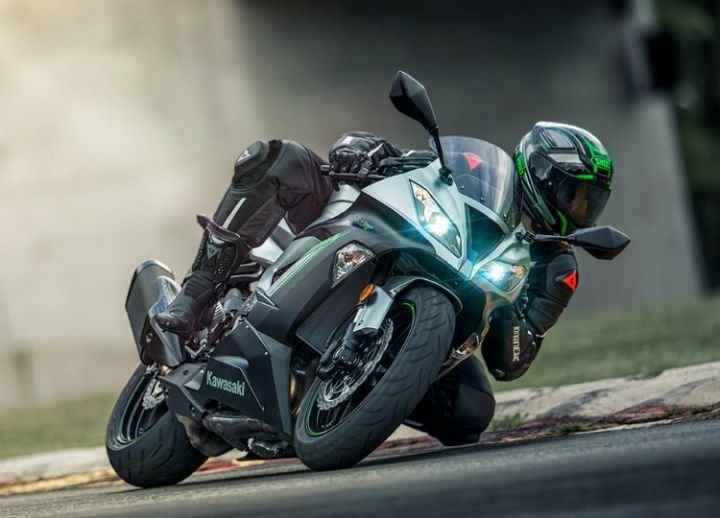 Great news for enthusiasts waiting for a proper Japanese supersport. Extremely reliable sources have spotted the 600cc Kawasaki ZX-6R supersport bike at the ARAI test facility undergoing homologation tests. For those not in the know, every bike or car (excluding CBU imports) has to undergo a series of tests to determine if they are fit for use in Indian road conditions before being introduced in the market. Spotting a bike undergoing homologation is a clear indicator of a bikemaker wanting to launch it in India.

Kawasaki has been quite active in catering to the mid-capacity motorcycle market by offering quite a few choices in that segment. They include the Z650, Ninja 650, Versys 650 and Z900. The Kawasaki ZX-6R will be an interesting addition to the Indian motorcycle scene and also the first Japanese supersport to be sold here. The supersport segment in India debuted with the now discontinued Triumph Daytona 675R and since then has been a European-only club, with the Ducati Panigale 959 and MV Agusta F3 800 playing host.

Japanese bikemakers have shied away from bringing 600cc supersport bikes to India as the 800cc cap laid by the Indian government meant that you could not import any bike with engine displacement below 800cc unless it was homologated first - an expensive process. There is also the issue of 600cc supersport bikes being priced close to their litre-class counterparts as given their track-bred nature, they are as technologically advanced and feature sophisticated suspension parts as well. For example, the Kawasaki ZX-6R in the USA retails for USD 12,699 (Rs 9.13 lakh) while the larger ZX-10R can be had for USD 16,099 (Rs 10.86 lakh).

If Kawasaki does decide to launch the ZX-6R in India, we expect it to come via the CKD route, similar to the larger ZX-10R. Kawasaki has managed to pull off a pricing coup with the ZX-10R by locally assembling it here and getting the cost down to Rs 12.8 lakh (ex-showroom, India). That pricing makes it the most affordable litre-class superbike on sale in India. The ZX-6R will most likely come as knocked down kits from Japan (like the ZX-10R) and be assembled in Kawasaki’s Chakan facility. This would allow Kawasaki to price the ZX-6R at around Rs 10 lakh and that effectively could make it the most affordable supersport in the market.
When will it be launched in India? While we would love to see the bike on our roads in the coming couple of months, realistically we can expect to see it by next year.