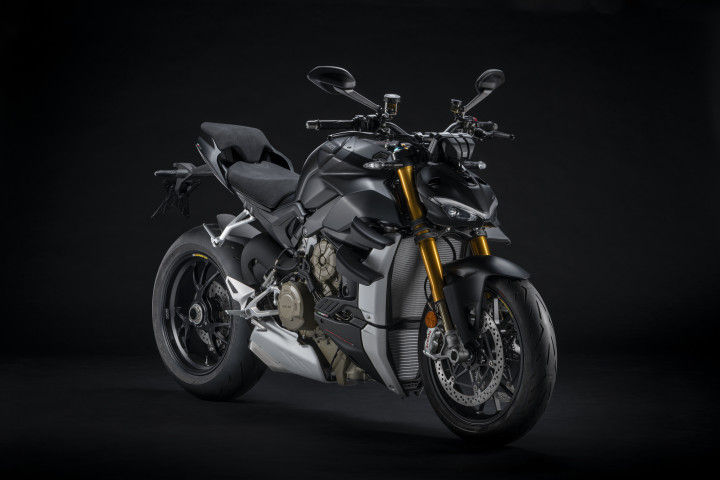 Ducati has unveiled the Euro 5 compliant (BS6 compliant) variant of the Streetfighter V4 range. The Italian brand normally showcases its new products at the EICMA motorcycle show in Milan, Italy, but due to the ongoing COVID-19 pandemic the show has been cancelled.

Also Read: We Get Up Close With Ducati’s Streetfighter V4

Since peak torque is now made available at lower rpms, we expect the Euro 5 Ducati Streetfighter V4 to be more tractable at lower rpms and also a bit punchier. Ducati claims that these numbers were made possible by employing a new exhaust and some tweaks made to the motor.

Apart from a cleaner heart, Ducati has added new front brake and clutch pumps on the 2021 Streetfighter V4 range. These new units are self-bleeding and have been borrowed from the Ducati Panigale V4 superbike. The Streetfighter V4S will also be now available in a matte black shade called ‘Dark Stealth’.