Ducati may be Working on a Bigger Scrambler 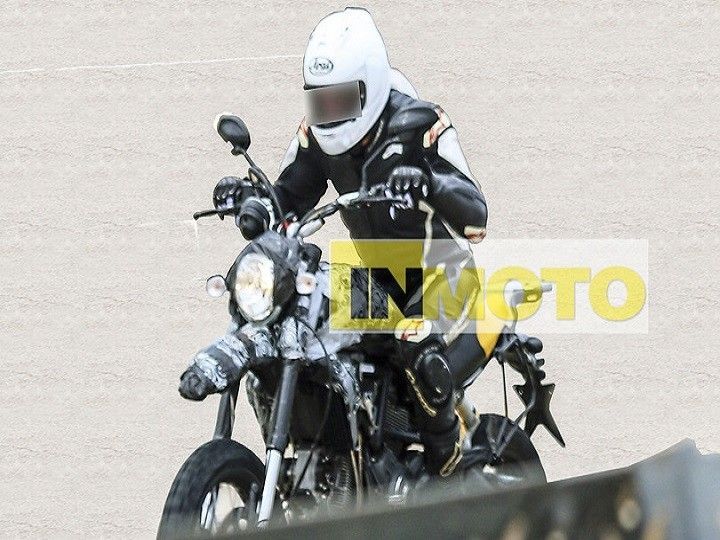 The Scrambler has been quite a successful product for Ducati. In fact, it has been so successful that Ducati came out with the Scrambler Sixty2. However, a spy photo has surfaced online that shows Ducati working on a new version of the Scrambler. The tell-tale sign of this bike being the Scrambler is its design. As per rumours, this bike will have a bigger engine upon launch, a 1200cc unit to be precise. The rumoured bigger Scrambler was caught testing somewhere in Europe.

Here is what we are expecting the under-development Scrambler to retain the chassis. The spy picture shows the Scrambler being tested in Enduro body style. However, the changes worth noting are -- the high-mounted front mudguard, off-road tyres, high-mounted headlamp, and perhaps a revised instrument cluster. The rear-view mirrors look different as well. However, the biggest change is expected in the engine.

If Ducati does make a bigger Scrambler, it should make use of the Monster 1200's L-twin (V angle of 90 degrees) Testastretta engine. There has been no confirmation regarding the same, but this motor is perhaps the most-suited for doing duties on the bigger Scrambler. It would be retuned for use on the Scrambler though.

Expect the Scrambler to come with Upside Down Forks at the front and a monoshock at the rear. The braking duties should be handled by single disc brakes at both ends with ABS coming as standard. There should also be multiple riding modes and traction control on the rumoured Scrambler 1200. It would only be a sensible move on Ducati's part to introduce a bigger Scrambler to make more people buy it. However, we should get to learn more about the Scrambler 1200 at EICMA 2016. Till then, stay tuned to ZigWheels as we keep you posted on all developments related to the bigger Scrambler.