How Good Intentions Are Mixing With Short-sighted Planning 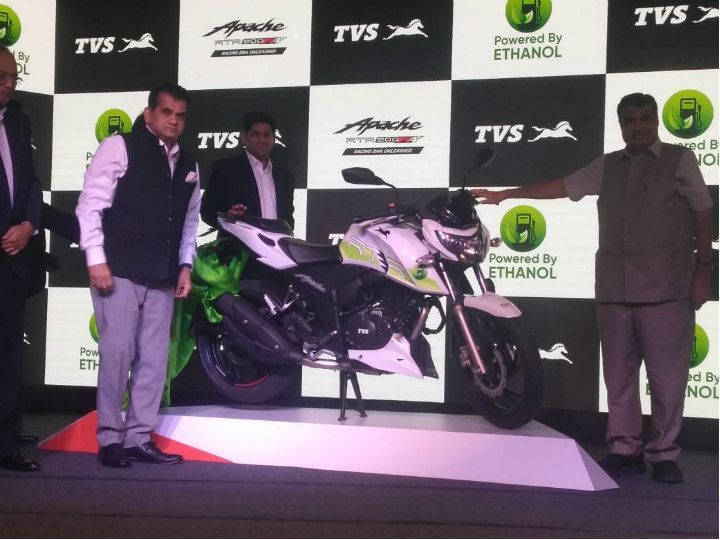 What the heck are we doing? No, really. The Indian automotive market seems besieged by good initiatives but it would seem that intelligent, thinking organisations like the MoRTH or the Niti Aayog are unable to create action plans that make sense. Or at the very least, decide on timelines that average human beings like you and me can understand and align ourselves with.

For example, TVS Motor launched a motorcycle that runs on 100 per cent ethanol. And minister Gadkari said two things. First, 100 per cent ethanol, or E100, will soon be available in the country. Wait, what? Another vehicle for which there is no fuel on sale? Gadkari said, and I paraphrase as closely as possible, most sugarcane farmers can easily make ethanol. You just need to talk to them. Say what? Really?

Imagine I sold you a petrol vehicle with the promise that any refinery could supply you with fuel. What would you think of this process?

Gadkari also noted that MoRTH would talk to the Petroleum Ministry to issue permissions to start E100 fuel pumps. Given how India works, this means it will take between six months to years and years before E100 is easily available.

I get all the benefits of E100, just like I understand the benefits of electric vehicles. It's cleaner, it reduces our import bill and so on and so forth. But really, we have E100 vehicles on sale? A feather in the cap before we are ready to supply the fuel needed to run this bike?

No wonder TVS says they can make 1,000 bikes a month. 1,000. An irrelevant number given the size of the Indian two-wheeler market. This is how shining works on social media. This is not India Shining, to be sure.

It's the same for practically everything the ministry and Niti Aayog are trying to do. They're all good moves. Do we need ABS? Yes, for sure. But we created a law that allows manufacturers to implement single-channel ABS - and the front wheel is the right place to put it if we must go down this deplorable route. But India likes the rear brake, so I'd say 95 per cent of the single-channel ABS-equipped bikes will never enjoy the benefit of the safety net the government has issued to them.

It's the same for electric vehicles. Gadkari said, "We will move the pollution from Delhi." Yes because 99 per cent of all Indians live in that one city. Where crop burning is as much of a problem as traffic, but hey, let's start with the traffic.

The parallel initiatives that should be going on are barely visible. Where is the move to cleaner energy for the country as a whole? Why does that not warrant as much focus, planning and yes, air time and press releases, as the moves in the automotive and transportation sectors? Where is the pressure on states and local governments to implement effective local transportation so that the automobile is seen as what it really is, a luxury? Not the only way left to get around and do business. We will never, ever, have enough fuel, enough space and enough infrastructure to accommodate personal transportation. It. Is. Not. Possible. In this case, impossible is just that. Not I am possible, as the minister told the audience at the TVS press conference.

India is the most populous country on Earth. If not already, shortly. We are already the largest automotive market on the planet. This does mean that the MoRTH and the Niti Aayog have the most complex task of all on Earth too. A bus system that solves a huge problem in Bogota cannot be implemented directly in Delhi whose population might be five-eight-ten times higher.

But that still does not explain our short-sightedness. We have our hearts in the right place, no doubt about it. What has to be done to get ours brains in the right zone too? Suggestions welcome!