Only 16 units will be produced 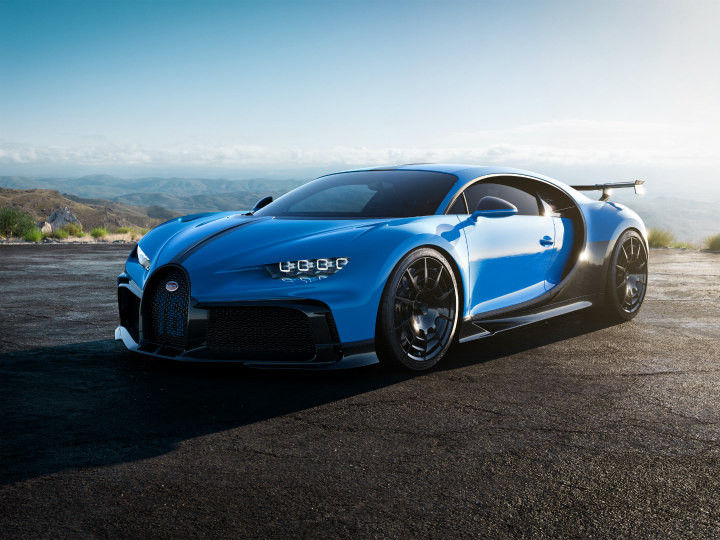 Back in September 2019, Bugatti boss Stephan Winkelmann revealed that Bugatti was working on more iterations of the Chiron hypercar. And now, the carmaker has revealed one of them in the form of the Chiron Pur Sport. However, unlike the Chiron Super Sport 300+ that was built for pure straight line speed, the Pur Sport variant heads down a design philosophy focusing on optimal aerodynamics and weight distribution.

Under the hood, it retains the 8.0-litre quad-turbo, W16 powerhouse and produces 1500PS of power and 1600Nm of torque. All this propels the hypercar to an electronically limited top speed of 350kmph. The reason for a relatively low top speed? A variety of tweaks to achieve loads of downforce. And the fact the gear ratios have been shortened.

The changes for better cornering prowess on the Chiron Pur Sport start from the outside with a revised front fascia consisting of larger air dams. At the rear, it features a massive rear wing, and  exhaust pipes made of 3D printed titanium. Other changes include wheel arch air vents and a new set of ‘Aero’ alloy wheels. The new wheels are paired with bespoke Michelin Pilot Sport Cup 2R tyres in 285/30 R20 size at the front and 355/25 R21 at the rear.

While this iteration of the Chiron could be the perfect track-day hypercar, it will be a rare gem as only 16 units will be produced, starting around the latter half of 2020.