A Brief History Of Bugatti: Part 2

In this two-part series, we take a look at some of the most iconic cars from Bugatti right up to the Divo

Last week, we took a look at Bugatti’s illustrious past up until 1956 (read it here), after which it went obscure for four decades. In 1987, Italian entrepreneur Romano Artioli acquired the brand and established Bugatti Automobili S.p.A. The new company, which set up a factory in Modena, Italy, hired Paolo Stanzani and Marcello Gandini, the designers of the Lamborghini Miura and Countach, to build their first production vehicle in decades - the EB110 GT. 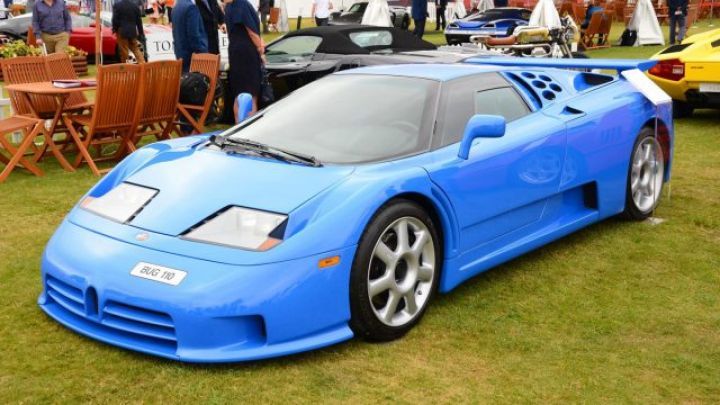 The EB 110 featured a quad-turbocharged V12 engine and all-wheel drive. It was also the first car to feature a carbon-fibre chassis. Unfortunately, like the Type 41 Royale, it arrived at a time when the world was reeling from a recession. Seven-time F1 champion Michael Schumacher was among the very few lucky people to own the EB 110. He owned his yellow machine from 1994 up until 2003. The company then built the Super Sport version of the EB 110 before it went bust. This car could achieve a top speed of 313kmph.

After Volkswagen acquired the rights to the Bugatti name in 1998, the French carmaker unveiled a concept called the EB 118. Designed by Giorgetto Giugiaro, the four-seat coupe previewed what was to become one of the fastest cars ever built

The EB 18.4 ‘Veyron’ was the third design study after the EB 218 four-door sedan and the EB 18.3 coupe. This car would go on to become the legendary Veyron that we all know of.

After various design studies, VW announced in 2001 that it would launch a 1,001hp hypercar and that it would be built at Bugatti’s rightful home in Molsheim. The German carmaker then went about restoring Bugatti’s original company HQ and called it ‘The Studio’.

The Veyron 16.4, which was named after racing driver Pierre Veyron, hit the production line in 2005. With a top speed of over 400kmph and 0-100kmph time under three seconds, it pushed the boundaries of a modern supercar.

The company also unveiled various special editions of the hypercar, including four ‘Centenaire’ models to celebrate 100 years of Bugatti. These cars were finished in the colours of the countries that dominated motorsports of the era: France (blue), Italy (red), Britain (green) and Germany (white).

Then came the mid-engined Super Sport version of the hypercar was recognised by Guiness Book of World Records as the fastest steel legal car in the world with a top speed of 431.072kmph. In 2013, it’s roadster version, the Veyron Grand Sport Vitesse became the fastest roadster in the world with an average top speed of 408.08kmph. Both cars produce 1,200hp from their W16 engine.

The 16C Galibier was meant to be the “most exclusive, elegant, and powerful four-door automobile in the world”. The name was derived from an Alpine pass and a version of the Type 57. Sadly, the car failed to see the light of day and we’re yet to see a modern four-door saloon from the French carmaker. Now that Bugatti has the Chiron and Divo, who wants to bet their next car would be a four-door saloon?

That brings us to the Chiron. Unveiled at the 2016 Geneva Motor Show, the Chiron was the world’s first production car to boast of 1,500hp and Bugatti claimed that more than a third of the total production run of 500 units were called for! Although the car is yet to be tested for its top speed, Bugatti is confident it will smash the Veyron Grand Sports record to smithereens. At a base price of €2.4 million, it is one of the most expensive cars on sale today.

The Chiron shares it 8.0-litre W16 motor. Like its predecessor, it utilises a carbon-fibre body structure, independent suspension and Haldex all-wheel drive system. It can accelerate from 0-100kmph in just 2.5 seconds, 0-200kmph in 6.5 seconds and 0-300kmph in 13.6 seconds. Phew! In a world record-setting test, it managed to reach 400kmph in 32.6kmph! His makes it much faster than its predecessor. The top speed, however, is currently capped at 420kmph for safety reasons, but expect more hardcore versions, like the Divo for instance, to follow later. Bugatti says the Chiron’s top speed is limited by its tyres. Currently, none of the tyre manufacturers have been able to make one that could handle the stress at the top speed the Chiron is capable of achieving.

The legendary carmaker has now unveiled the Divo, a more track-focussed version of the Divo with a slightly lesser top speed. Read more about it and how it fares against the Chiron here.