You Can Now Buy The 300mph Bugatti Chiron! 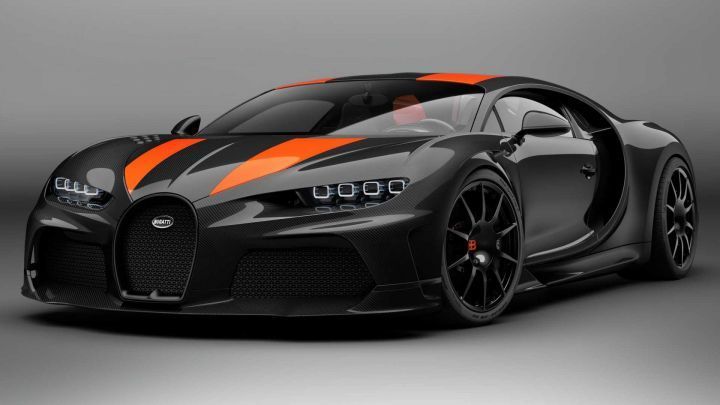 Thanks to Bugatti, we now know that an automobile can surpass the 300mph (490kmph) speed barrier, a number that should put even some Cessnas to shame. And while everyone is still finding it difficult to come to terms with the sheer velocity involved, Bugatti has announced the Chiron Super Sport 300+, which is a production version of the top speed record-breaking long-tail prototype that shook the world. Priced at £4.2million (Rs 36 crore), the Super Sport 300+ is basically a road-going version of the mind-bogglingly fast Chiron prototype. What’s more, it will be limited to just 30 units!

Bugatti bossman Stephan Winkelmann broke the news during the company‘s 110th anniversary tour held at its home base in Molsheim. The Super Sport 300+ will be identical to the long-tail prototype barring some bits. Off goes the roll cage and a slew of computers for a passenger seat. The exterior remains the same as the prototype with exposed carbon fibre and two orange stripes similar to record-breaking prototype.

The 8.0-litre W16 powerhouse, nicknamed the Thor, has been retained and puts out 1600PS. Even though the Super Sport 300+ can do 300+mph (490kmph), Bugatti will electronically limit its top speed to 440kmph (273mph). It also gets the same long ratio gearbox as the current fastest car in the world. However, it is unclear if the unsung heroes of the top speed record, the special Michelin Pilot Sport Cup 2 tyres, will make it to the final production version. It if does, expect a new set of tyres to cost as much as a new Toyota Supra!

Further technical details are still in the dark, but we do know that only 29 cars are available as a gentleman with heavy pockets has already called dibs on one. Moreover, it is rumoured that there is ample interest from Bugatti’s elite clientele. It’s a no brainer as it’s also a value-for-money proposition if you look at the Centodieci, which will set you back by $8.9 million (Rs 63 crore). Meanwhile, Hennessey and Koenigsegg are expected to bring their latest models - the Venom F5 and Jesko - with the hopes of dethroning the French in the coming days.