Who Takes The Rolls-Royce Cullinan Rallying!? What Were They Thinking? 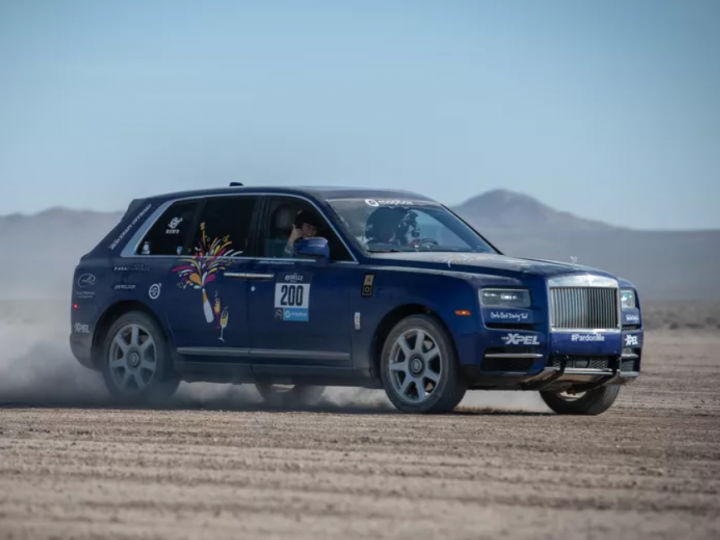 The Rolls-Royce Cullinan is not exactly the go-to SUV for mud plugging. Its comfort zone includes swanky hotel parkings and huge mansions with a boot full of Gucci merchandise. The nearly Rs 7 crore SUV is the epitome of luxury and quite honestly, too expensive to get mucky. Well, not according to Emme Hall from CNET’s Roadshow. Emma and her navigator Rebecca Donaghe decided to posh things up at the Rebelle Rally by participating with a Rolls-Royce Cullinan.

If you’re wondering, the Rebelle Rally is a women-only endurance rally, the first of its kind. The rally covers more than 2000km of terrain across the Nevada and California desert in the United States. It is a navigation rally where the use of GPS or any map services is prohibited. Basically, the driver and navigator has to find their own way with old-school maps while driving through different terrains, including deserts.

The duo won in their class previous year using a Jeep Wrangler. But this time around, they decided to attempt with a shiny Rolls-Royce Cullinan that they call Elanor. And quite interestingly, they had to do the rally with winter tyres: there wasn't any 21-inch off road rubber available for the Cullinan. See, nobody wants to see a Cullinan off the road. But that didn't stop Emma and Rebecca as they decided to go ahead with winter tyres.

Guess what? They went on to win their class with the same Cullinan, an SUV which is never expected to go off-road in the first place. The 20-min video put together by Roadshow shows how they did it, along with all the hardships in the way. It is also pretty weird to see a bright blue Cullinan in a sea of Pajeros, Wranglers, 4runner’s and what not.

Obviously, the team’s hard work and motivation led to the win. But you just can’t turn a blind eye to the Cullinan, which, despite not being a hard-core 4X4, proved its mettle. Credits are also due to the 6.75-litre twin turbo V12 pushing out 563PS and a massive 850Nm of torque! The whole episode also shows that anything can be a rally car if you’re brave enough.