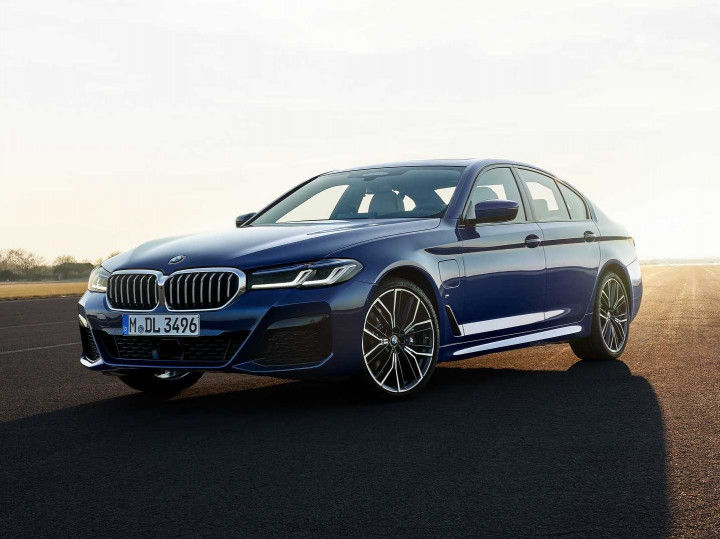 BMW has unveiled the facelifted 5 Series which receives the carmaker’s usual mid-life cycle update referred to as LCI (Life Cycle Impulse). The luxury sedan gets fresh styling with some subtle yet distinct revisions and new tech. Along with that, BMW has also revealed the updated 6 Series Gran Tourismo which gets the same updates as the 5 Series.

Coming to the changes, both the cars feature a new large grille (not alarmingly large) followed by redesigned adaptive LED headlamps that are now slimmer. The side profile remains identical whereas the rear end gets a new LED tail lamp design. Besides these changes, the sedan and the Gran Tourismo also get different bumper designs for various trim options and what you see here is the M Sport package.

The changes to the cabin are less pronounced. Like the outgoing version, you get a 12.3-inch instrument cluster and a 10.25-inch central infotainment system. It now comes in two new cabin trim options with gloss-black inserts. BMW is also offering new lightweight alloy wheels in 18- to 20-inch formats and 20-inch BMW Air Performance Wheels as an option. The Integral Active Steering (rear-wheel steering for more agility) also comes as an option now.

BMW has upped the game when it comes to driver assistance and is offering lane departure warning, along with active navigation with the help of the lane change assistant. BMW has also thrown in an optional parking assistant with additional reversing assistant function and BMW drive recorder which records up to 40 seconds of video footage from points around the vehicle. The operating system has also been updated to a new version which increases connectivity and application support. The sedan is now capable of receiving OTA updates. All these changes are also applicable to the 6 Series Gran Tourismo.

Meanwhile, the 6 Series Gran Tourismo is available as 630i, 640i, 620d, 630d, and 640d. Also note that BMW is offering most of the 5 and 6 Series versions with xDrive all-wheel drive. Currently, the 6 GT is available in India in 620d,630d and 630i variants. These updates and cosmetic changes will trickle down to the M5 in the near future.

BMW says the cars will reach dealerships by July 2020 with a starting price of $55,195 (Rs 41 lakh without any taxes). Expect the facelifted 5 Series and 6 Series Gran Tourismo to find its way into India by the end of 2020.