Priced at Rs 10.50 lakh, the Kushaq’s entry level trim is around Rs 55,000 more than the Creta and Seltos’s base variants 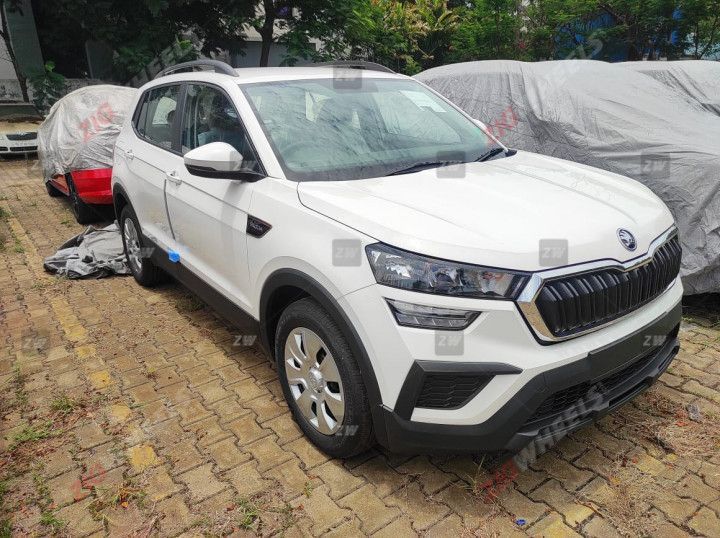 At Rs 10.5 lakh (ex-showroom), the Skoda Kushaq Active is the entry point for those looking for an European compact SUV with all the essential features. Also, it’s offered only with a 1.0-litre turbo-petrol engine paired to a manual transmission. Does it justify the Rs 55,000 premium over its Korean rivals? Well, here’s all you need to know about it in our detailed image gallery:

Viewed head-on, the Active’s design looks similar to the Kushaq’s other trims. However, the base trim relies on dual-barrel halogen headlamps instead of LED units, while the cornering fog lamps have been replaced with LED DRLs. Cornering fog lamps and LED headlamps are limited to mid-spec Ambition and range topping Style.

The main giveaway in the base-spec Kushaq are these 16-inch steel wheels with plastic caps. Then there’s the roof rails that are finished in black instead of a shiny silver. Also, the chrome trims around the windows and door handles are limited to the Style.

At the rear, the Kushaq Active, without the chrome elements, looks very much similar to the mid-spec Ambition. That said, the contrasting grey skid plate has been replaced by an all-black unit.

Step inside and you’ll notice that the base-spec Kushaq looks less posh than the other two trims. This is mainly down to the smaller 7-inch infotainment system with larger bezels and the basic dials with a smaller multi-info display.

The climate control unit has been replaced with a manual air con unit whose knobs are similar to the Polo. Due to the less advanced infotainment system, the ‘ESC Off’ button is now placed above the air con knobs. The other two variants have this function integrated in the bigger 10-inch unit. The absence of USB-C ports means the provision has been left blank without a cover, which looks cheap.

The base-spec Kushaq comes with all-black upholstery in comparison to the Ambition’s dual-tone finish. Also, the chrome on the door handles and hand brake lever have been replaced with all-black units while the gloss black insert on the gear lever has been done away with in this trim.

Rear seat occupants get AC vents, which should come useful on a hot day. However, the Active misses out on a rear centre armrest and charging ports, both of which are offered in the Ambition and Style.

The base-spec Kushaq can be had only with the 115PS 1.0-litre turbo-petrol paired with a 6-speed manual transmission. The 1.0-litre TSI AT, 1.5-litre TSI MT and 1.5-litre TSI DSG are reserved for higher-spec trims.

The Kushaq Active is around Rs 55,000 more expensive than the Kia Seltos’s and Hyundai Creta’s entry-level trims. However, the SUV offers additional features like an infotainment system, steering-mounted audio controls, and electronic stability control. Is that enough for you to pick it up over the Creta’s base trim? Let us know in the comments below.