It’s the most powerful SUV in Audi’s lineup with a 4.0-litre twin-turbo V8 that bellows out 600PS 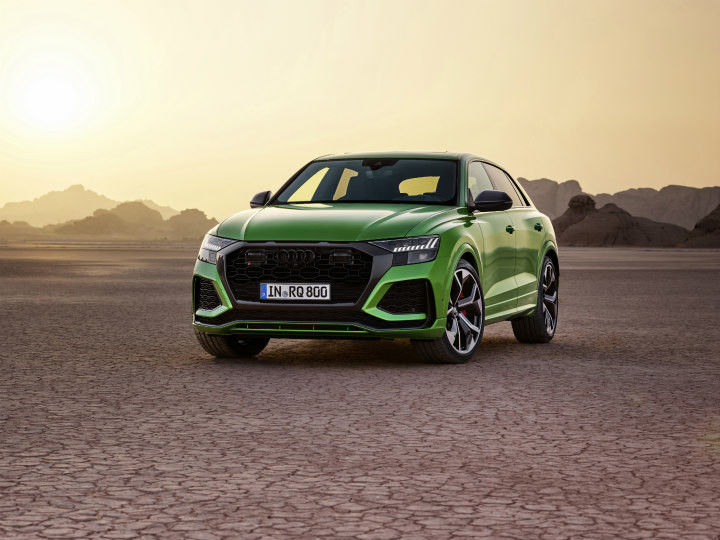 It looks like Audi’s top-of-the-line RS model, the RS Q8 is just around the corner as the Ingolstadt-based carmaker has commenced bookings at a token amount of Rs 15 lakh. Bookings for the high-performance SUV can be made on Audi’s online portal or at authorised dealerships. This is the fourth Audi model set to launch in India in 2020 after the Q8, A8L and RS7 Sportback.

The RS Q8 is essentially a Q8 on steroids. It’s the most powerful SUV in Audi’s lineup with a 4.0-litre twin-turbo V8 petrol engine coupled with a mild-hybrid system, churning out 600PS of grunt and 800Nm of twist. The twin-turbo petrol mill is paired with an 8-speed automatic gearbox that distributes power to all four wheels. All this gives the RS Q8 a 0-100kmph sprint in 3.8 seconds, topping out at 250kmph.

Outright power aside, the RS Q8 also gets RS-specific performance wizardry in the form of adaptive air suspension that can be adjusted according to the road surface. It can also be set up for either a hardcore track run or a comfort cruise. Rear-wheel steering and an active anti-roll bar round off the RS-specific performance bits. All this makes the RS Q8 the fastest production SUV around the Nurburgring circuit (in Germany) with a lap time of 7 minutes and 42.2 seconds.

At a glance, the RS Q8 is more aggressive on the outside over the standard Q8 SUV. Notable bits include a blacked-out single-frame front grille flanked by bigger air dams on the front bumper and dark-tinted Matrix LED headlights. It also gets 22-inch dual-tone alloy wheels and dual exhausts at the rear. The RS Q8 features a wider track width than the regular Q8.

The cabin has also received the RS treatment with sports seats and an RS theme for its three screens. The virtual cockpit features driver-focused information such as lap time, G-force meter and shift lights.

Expect the RS Q8 to launch in the next couple of weeks with a likely price tag of around Rs 2 crore (ex-showroom). Sure, it may be a world apart from the standard Q8, but it’s a steal of a deal considering it will take on stalwarts like the Lamborghini Urus and Porsche Cayenne Turbo.