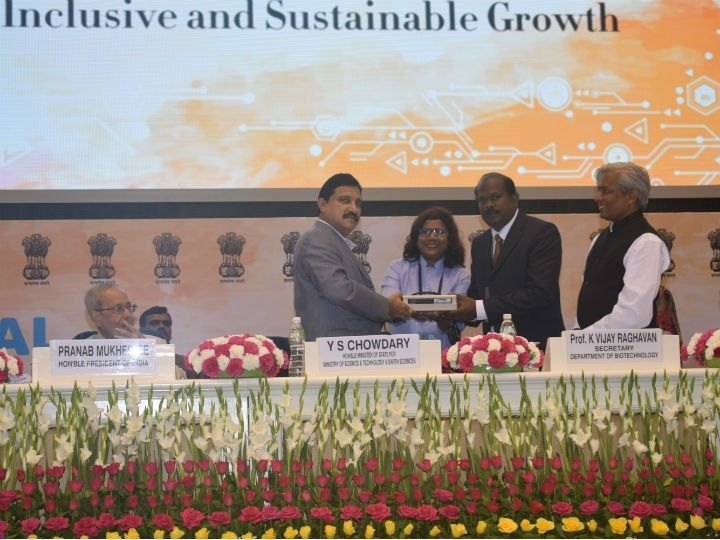 On May 11, President of India, Pranab Mukherjee, launched a home-brewed electric vehicle charger at the Vigyan Bhawan in New Delhi to mark the National Technology Day. Ampere Vehicles, a Coimbatore-based manufacturer of electric two- and three-wheelers, made the charger to compete with cheaper Chinese alternatives.

According to the company, their charger is designed to iron out the voltage fluctuations that are still common in many parts of the country. The microcontroller-based charger is also said to be capable of automatically shutting down once the battery is full. It also has provisions to prevent overload, overheating and short circuit to extend the life of batteries. As batteries are the costliest part of an electric vehicle,  preserving it to go the extra mile helps keep the overall cost per kilometre low.

Ampere itself is going through the expansion phase to support large-scale assembly of EVs. The facility will be ready by the end of Q3 2017 and will prepare the company for the EV boom expected in the next two years. Instead of importing critical components from China and other countries, the team of engineers is working on locally developing motors that can withstand the Indian climatic conditions.

The company has designed these chargers to suit a variety of electric two-wheelers with 36V, 48V and 60V electrical systems and can be plugged into a regular 240V household power outlet. Currently, the charger is suited only for Lead-acid batteries, but with minor modifications, it can be adapted to work with Li-ion batteries as well. The made-in-India chargers cost between Rs 1,750 to Rs 3,250.

Part of the funding for the development came from the Technology Development Board under the Ministry of Science and Technology, which oversees commercialisation of indigenous technology to promote mass adoption. This is the first time a government body has partnered with a private sector manufacturer to encourage the use of electric vehicles.

Ampere expects to see a growing demand shortly as the existing 2.2 lakh existing owners of electric two-wheelers look to replace their old chargers.