Get Ready To Pay More For The Recently Launched MG Hector

Barely a month after launch, the facelifted Hector sees a price hike 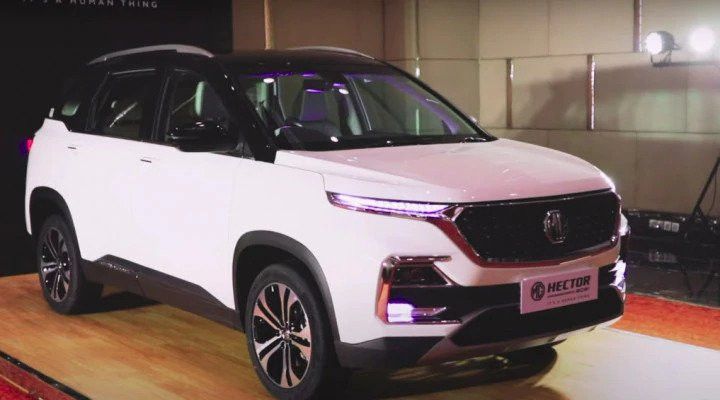 When Morris Garages gave the Hector SUV a mild midlife facelift in January, the upgrades came at a premium of up to Rs 44,000. It’s barely been a month since then, but MG has already hiked the prices of select variants. Here’s how the SUV is priced now:

Prices of the Style and Super variants have remained unchanged for the petrol, petrol hybrid, and diesel engine options. Rest of the variants see a price hike of Rs 10,000. The MG Hector now retails from Rs 12.90 lakh to Rs 18.63 lakh (ex-showroom).

The facelifted MG Hector sees several upgrades in the form of larger 18-inch wheels, a chrome studded grille from the Hector Plus, a gloss black trim replacing the gaudy red strip at the rear, and a new black-creme dual-tone cabin colour scheme. It also gets ventilated front seats, Hinglish voice commands, a wireless phone charger, and an auto-dimming IRVM. It retains bits like a 10.4-inch infotainment system with Android Auto and Apple CarPlay, panoramic sunroof, automatic climate control, an Infinity sound system, ambient lighting, and a powered driver’s seat.

Mechanically, it remains the same. It comes with a 170PS 2.0-litre diesel engine and a 143PS 1.5-litre turbo-petrol engine with the option of a 48v mild-hybrid system. Transmission options include a 6-speed manual as standard and a DCT option exclusive to the petrol motor.

The MG Hector rivals the Hyundai Creta, Kia Seltos, Tata Harrier, and the Mahindra XUV500 that’s set to get a generational update later this year.