The interior gets a completely reworked design and layout 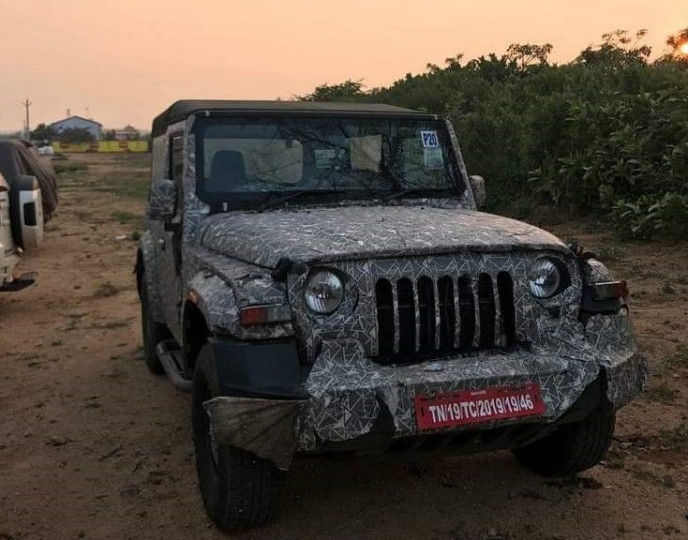 We’ve seen a fair share of 2020 Thar spy images, thanks to extensive testing by Mahindra ahead of its launch. The SUV is expected to make the switch to a lifestyle product from a utilitarian SUV. The latest set of spy images also hints at the same and reveals the upmarket cabin and seats of the new Thar.

It is evident from all the spy shots that the new Thar will carry over all the unique design traits such as the seven-slat grille, round headlamps, and boxy bodystyle. The latest iteration of the off-roader is expected to have grown in size, and seems to be wider than its predecessor. And finally, it will come with the option of hard-top and soft-top from the factory.

The 2020 Thar will feature a completely reworked cabin design and layout. Novel bits include a new steering wheel, instrument cluster, aircon vents and controls, and audio system. In a nutshell, it's tough to point out areas that haven’t been revamped. The latest spy shots also reveal the new well-bolstered seats. The uncomfortable seats were one of the major gripes of previous Thar owners. Many even went ahead and replaced the seats for better support. Keen eyes will also notice the manual gear lever and the dedicated 4x4 selector lever.

Another area that sees some major improvement is under the hood. The diesel powerplant is expected to be the BS6-compliant 2.0-litre turbocharged diesel motor with around 140PS and 320Nm. We also found out that the Thar might be offered with a 2.2-litre petrol mill from the XUV500. Transmission options might be a 6-speed manual transmission and a 6-speed torque converter.

The 2020 Mahindra Thar is expected to make its debut at the upcoming Auto Expo 2020 with a launch soon after. It’s safe to expect a premium considering all the improvements and feature inclusions. The current-gen Thar 700 is priced at Rs 9.99 lakh (ex-showroom Delhi) and rivals the Force Gurkha.