The Japanese bikemaker unveiled the Z400, updated Versys 1000, Ninja H2 SX SE+, W800 Street and W800 Cafe too, besides some other showcases 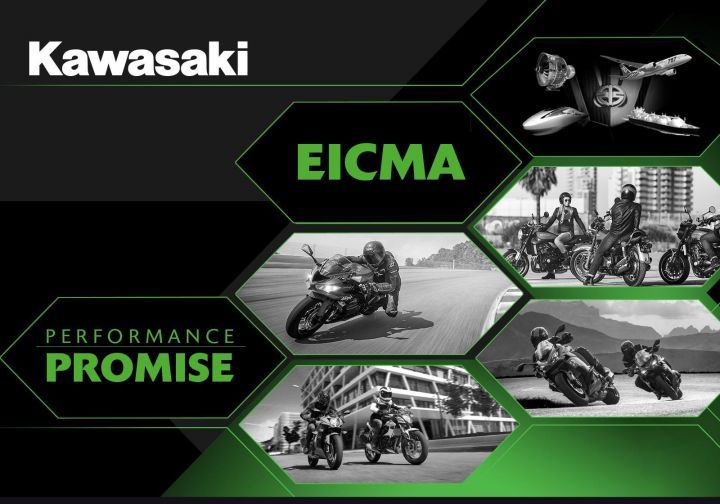 The Kawasaki Z400 has made its global debut at the ongoing EICMA show in Milan, Italy. In line with the ‘Z’ design tradition, the motorcycle’s design is based on the Sugomi philosophy. Up front, its LED headlamp is reminiscent of the discontinued Z800. It sports a digital instrument cluster with fuel consumption display and an eco riding indicator along with other readouts. The 399cc parallel-twin motor is shared with the Ninja 400, just like the underpinnings. But to comply with A2 license norms for Europe, it makes only 45PS instead of 49PS, unlike the India-spec Ninja 400. However, we feel that Kawasaki will eventually launch the unrestricted version too. Peak torque stands at 38Nm.

Also present at Kawasaki's stall were two variants of the Kawasaki Versys 1000. It now features a Ninja H2-esque design with a sharper fairing and headlight cowl. Updates include a new IMU-linked cornering management, radial front calipers, Kawasaki Intelligent anti-lock Braking System (KIBS) among others. The SE variant additionally features Kawasaki’s self-healing paint, cornering LED headlamps, larger windscreen, knuckle guards and heated grips. It also gets KECS (Kawasaki Electronic Control Suspension), KQS (Kawasaki Quick Shifter) and smartphone connectivity as standard. The 2019 Kawasaki Versys 1000 will be available internationally, but won’t be making it to India due to a lack of demand.

Kawasaki has also updated the ageing W800 with a host of modern features to help it keep up with its present-day rivals. For starters, the 773cc air-cooled parallel-twin engine is now Euro 4 compliant, and the bike also gets a rear disc brake with dual-channel ABS for the first time. The LED headlamp and taillamp give the motorcycle a much-needed modern touch. The Japanese bikemaker plans to launch an A2-compliant variant that makes 47.5PS for the European market as well. More details about the motorcycle are scheduled to be revealed in the beginning of next year.

Unveiled earlier at the INTERMOT 2018, these two entry-level Kawasaki motorcycles share a 125cc single-cylinder liquid-cooled engine that generates 15PS at 10,000rpm and 11.7Nm at 7700rpm. The engine works in conjunction with a 6-speed transmission. The two motorcycles feature a full-digital instrument console and a standard dual-channel ABS.

Kawasaki also showcased the India-bound Ninja ZX-6R range, which made its debut at the INTERMOT show, along with the 2019 Ninja ZX-10R range. You can read more about the ZX-6R here, and about the ZX-10R range here.