The Quintessential British 4x4 Reborn As The New Defender! 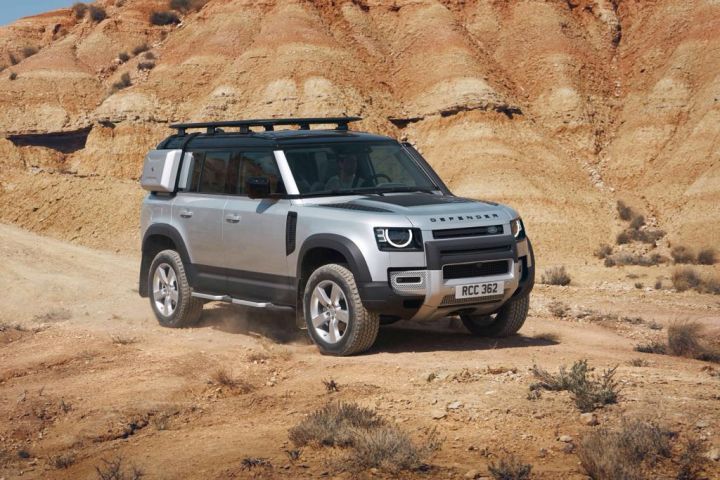 The dreary long wait has finally come to an end at the 2019 Frankfurt Motor Show. The 2020 Land Rover has finally dropped its camouflage after numerous sightings, teasers and rigorous testing, covering 1.2 million km around the globe. First impression? The new Defender has gone neo retro, fusing old-world charm with modern bits.

The new Defender has a more rounded appeal while also borrowing various styling cues from its predecessors. It now feels like a more polished package, giving up the sharpness for smooth corners and wheel arches. No second thoughts about the fact that the new design will split opinions. Common Defender traits like the butch hood, wide wheel arches, boxy underpinnings and the Alpine windows are still present. The rear design, however, might have gone a bit too futuristic for our liking, but overall, thumbs up for reviving an icon while not giving away its quirks.

It is the same story inside, which sports a boxy and rugged design language that is balanced out with various modern bits and controls. Relatively large controls alongside a new four-spoke steering wheel and the 10-inch infotainment system are the most striking elements.

Two body styles on offer are: Defender 90 (5/6 seats), and 110 body style with 5/6/5+2 seating. If you're wondering, the count of 6 seats come from an optional middle fold-up front seat.The Defender 90 is more like the 3-door Halo version while the 110 is the full-size SUV. More bodystyles are also expected to follow. Six variants are on offer across the two body styles-- First edition, Standard, S, SE, HSE and X. Some notable kit on offer are LED headlights, a 14-speaker premium audio system, and a digital instrument cluster.

Ground clearance stands at 291mm while the approach, breakover and departure angles stands at 38, 28 and 40 degrees. Even more impressive is the 900mm water-wading depth.