The 2020 Land Rover Defender Has Just Been Spied In India 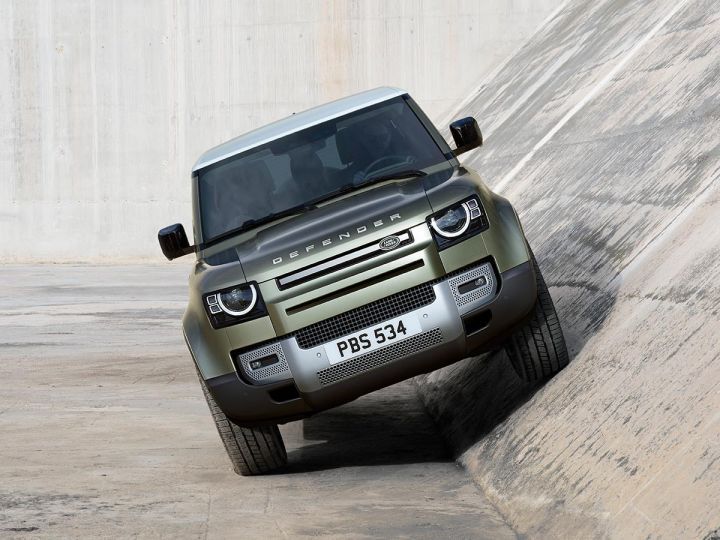 Despite a domestic market slowdown and production woes due to Brexit, no, Tata will not jettison the Jaguar and Land Rover brand. This year, Land Rover finally showed us the new Defender which has got its most comprehensive update since 1990. The car was launched on September 10 at the Frankfurt Motor Show. It features an all-new design language and will be available internationally in two variants: the Defender 90 short wheelbase and the Defender 110 long wheelbase. The latter has been spotted testing in India fully camouflaged. In the international market, the Defender has two diesel and one petrol engine option. It remains to be seen which of these will be on offer in India. We expect it to be showcased at the Auto Expo 2020, with prices in the range of Rs 60 lakh to Rs 75 lakh.

The new Defender has an all-new boxy exterior and a luxuriously appointed interior. The spied test mule was wearing a heavy suit of camouflage, which hid major design features especially in the rear, but the Defender’s shape is instantly recognisable ahead of the B-pillar. Land Rover claims that the hardy interior furnishings will be as easy to clean as the last Defender, though they are much more high-end than before, with all the kit seen in other modern Land Rover vehicles.

The new Ingenium engines are the diesel D200 and D240, which make 203PS and 244PS respectively, and the P300 petrol engine, which makes 304PS of power. There is also an inline-six-cylinder P400 engine, which comes with a mild-hybrid powertrain. All the engines are expected to be BS6-compliant.

The company is likely to launch the Defender in early 2020 and we expect to see the SUV at the Auto Expo 2020. When launched, it will compete with other luxury SUVs, but the Defender falls in its own niche as a capable off-roader with expensive but tough interior accommodations. For that reason, it is likely that Land Rover will utilise the 2,500-car-rule and will import the Defender as a CBU to gauge demand. The company also has a facility in Pune where other Land Rovers are assembled from CKD kits. Expect prices to be in the range of Rs 60 lakh to Rs 75 lakh.