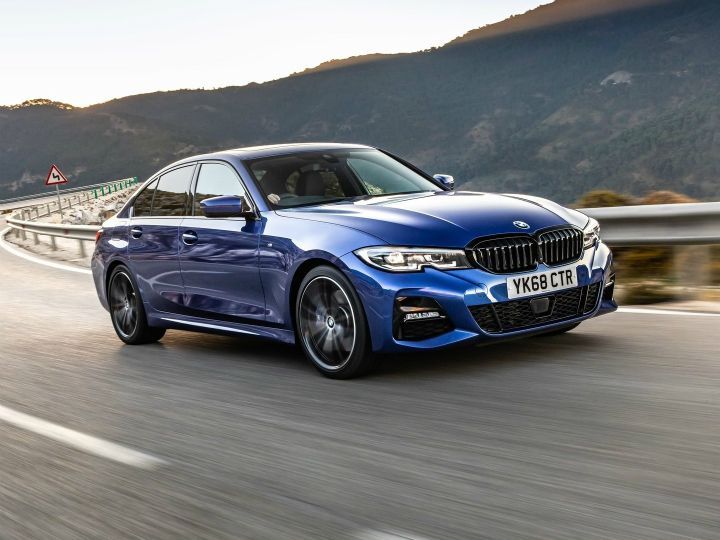 BMW’s executive sedan, the 3 Series, has been around in India in its current form for quite some time now. While the international markets received the seventh-generation 3 Series (G20), we had to make do with the older sixth-generation 3 Series. Not anymore though, as BMW has officially confirmed that it will debut the new 3 Series in India on August 21.

The G20 3 Series made its global debut in 2018 at the Paris International Motor Show. The sedan is underpinned by the now popular BMW Cluster Architecture (CLAR) platform that also forms the basis of the X5, the recently launched X7 and many other modern BMWs. Let’s take a look at how it compares with the older version in terms of dimensions:

First and foremost, the new 3 Series is bigger than the model it replaces. It is longer, wider and sits higher than the current iteration. Thanks to the new CLAR platform and the extensive use of aluminium, it is also lighter by around 55kg. It also comes with a flat and covered underbody resulting in a reduced drag coefficient of 0.23 Cd from 0.26 Cd for the 320d variant.

In markets abroad, the G20 3 Series is available with two diesel and two petrol engines. The 320i and 330i make use of the same engine, albeit in different states of tune. The engine on the 320i produces 184PS, while the 330i makes 258PS of power. And the oil burners are the 318d and 320d that share the same engine that makes 150PS and 190PS, respectively. A 3.0-litre straight six pushing out 265 horses is used in the more powerful 330d variant. Closer to home, we can initially expect the 320d and 320i variants paired with the 8-speed AT gearbox.

Overall, the sedan looks closely related to its elder siblings with the larger kidney grille and twin laser headlamps. The side profile looks even more focussed with a short tail and a flowing roof line. The iconic ‘Hoffmeister Kink’ design element is still present, although a bit toned down. The rear end features more pronounced changes with slim tail lamps and an aggressive lower bumper design.

The cabin has also received a major overhaul with the dashboard now looking modern and clean thanks to the 5.7-inch digital instrument cluster paired with an 8.8-inch infotainment screen. A 12.3-inch instrument cluster and a 10.2-inch infotainment screen are also available as options but whether the same will be offered in India remains to be seen.

Staying true to its roots , the new 3 series retains a 50:50 weight distribution and it now gets a 50 per cent jump in chassis rigidity. Other features include LED headlights, three-zone auto climate control, lane departure warning, collision and pedestrian warning with city braking function, and more. Expect the 2019 3 Series to be priced around Rs 40 lakh to Rs 50 lakh (ex-showroom). The current-gen 3 Series, meanwhile is priced from Rs 39.80 to Rs 47.30 lakh (ex-showroom Delhi). The Mercedes-Benz C-Class, Audi A4 and the Jaguar XE are its current rivals in our country.