The C-Class facelift, which was launched last week, is only available with a diesel engine for now 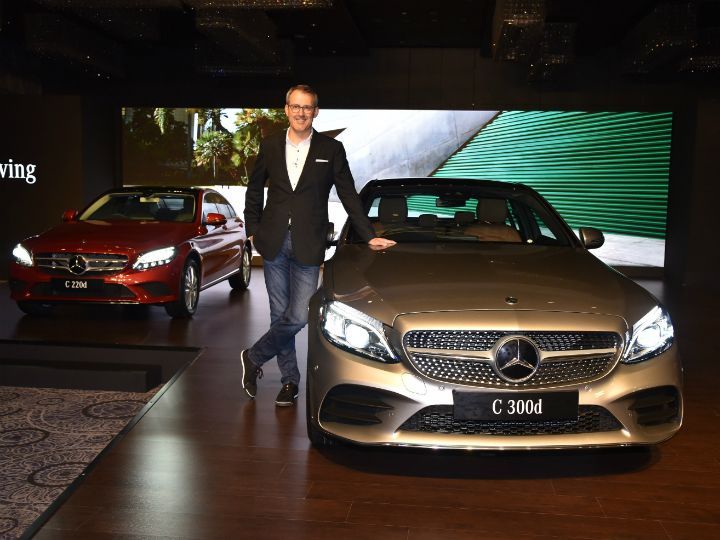 Last week, Mercedes-Benz launched the C-Class facelift in India with prices starting at Rs 40.0 lakh (ex-showroom India) for the C 220d Prime variant. It is available in two 220d variants - Prime and Progressive (Rs 44.25 lakh) - and one 300d (Rs 48.50 lakh) variant, which is exclusively available with the AMG Line trim. Currently, all C-Class variants available in India feature a diesel powertrain. So does the fact that there’s no petrol version on sale yet disappoint you? Don’t be.

On the launch day, Mercedes revealed that the company will be bringing the C 200 petrol variant in India in 2019. Although the timeline hasn’t yet been confirmed, one thing is certain that the petrol variant will come with a BSIV engine. How do we know that? Well, it’s simple math. Mercedes has already introduced BSVI-ready diesel engines which can run on BSIV fuel. The petrol engine, however, has not been optimised for BSVI yet. Mercedes-Benz will bring two variants of the C-Class petrol to India, the C 200 and the C 300. The C 200 will be powered by the 1.5-litre 4-cylinder engine with EQ Boost. It is expected to produce 184PS of power and 280Nm of torque. C300, on the other hand, will be powered by a 2.0-litre 4-cylinder engine making 258PS of max power and 370Nm of torque.

Mercedes will likely introduce the C 200 first and it could come in below the C 220d as is the case in the Australian market. Expected to be priced around Rs 39 lakh, the C 200 could be the base variant of the C-Class.

The biggest change in the new C-Class are the engines. The old 2.1-litre motor has been done away with and has been replaced by the same 2.0-litre motor that powers the E-Class LWB. It makes 245PS of max power and 500Nm of torque in the C 300d, while the 220d variants get the 194PS/440Nm tune. The Mercedes-Benz C-Class competes with the likes of the BMW 3-Series, Audi A4, Jaguar XE and the upcoming Volvo S60.

Mercedes also revealed that the new generation AMG G63 will be launched in India on October 5. So stay tuned for more updates