Saw the just unveiled 2021 S-Class? Call this a scaled down, not to mention much cheaper, version of that 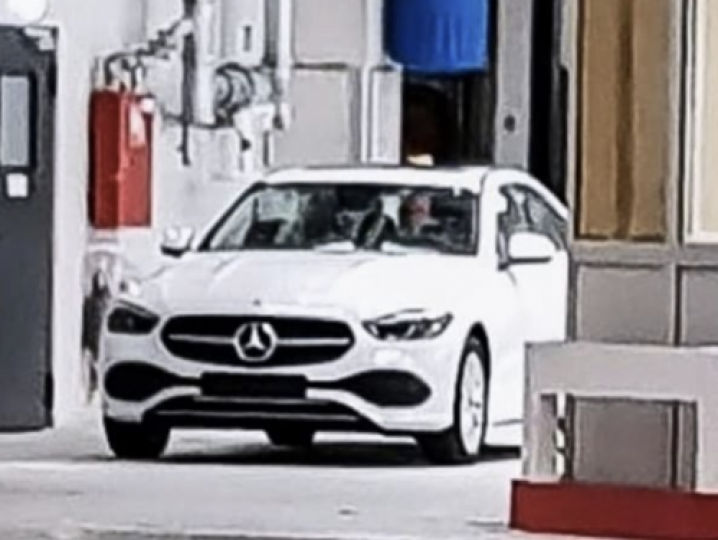 Soon after revealing the new-gen S-Class, Mercedes-Benz has now begun work on the other end of the spectrum, the new 2022 C-Class. Despite multiple spy shots, there hasn’t been a single undisguised image of the C-Class until now.

The latest spy shot shows an undisguised front which bears a striking resemblance to the newly revealed S-Class. It gets an oval-esque grille with a huge tristar logo integrated in it and sleeker headlights which could feature Mercedes’ new Digital Light system. The rear is expected to come with similarly styled wraparound tail lights with a prominent light-up pattern as seen in the S-Class.

Another spy shot of the interior reveals that that too has been significantly inspired by the big S. It gets the same new steering wheel, and a massive touchscreen infotainment system. A free-floating digital instrument cluster is also visible which may possibly get the same 3D treatment as its bigger sibling.

The C-Class sedan could also come with a range of engines consisting of four-cylinder petrol and diesel powertrain options. A plug-in hybrid model and AMG version might be on the cards for the C-Class as well. That said, if you want that screaming 4.0-litre twin-turbo V8 motor, you should pick up the current version as the next-gen C63 will utilize a downsized four-cylinder unit.

Currently, the C-Class retails in India from Rs 40.90 lakh to Rs 76.5 lakh, with the exquisite C63 touching Rs 1.33 crore, spoiling you for choice with its list of variants. It locks horns with the Jaguar XE, BMW 3 Series, and the upcoming facelifted Audi A4. The next-generation model is set to debut next year.