The G-Class finally gets a new generation after being on sale for 38 years! 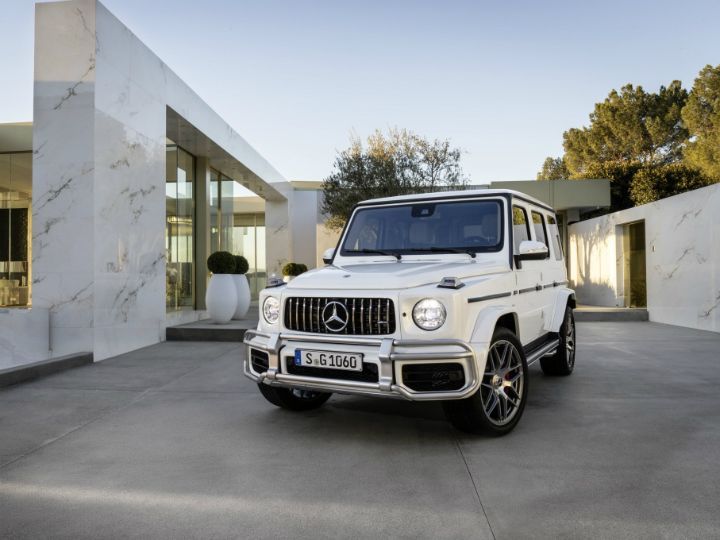 Mercedes-Benz is set to launch the latest generation of the Gelandewagen in its G63 guise in India on October 5. One of the most iconic names in the car world, the G-Class was initially employed as an army vehicle. The first civilian version was launched way back in 1979 and was produced until 1990. The 463 generation, which came out in 1990, and has only just been discontinued to make way for the all new G-Class.

The new generation retains the boxy design of its predecessor along with the tailgate-mounted spare wheel and tail lamps on the rear bumper. It is also 101mm longer, 121mm wider and 40mm taller than the soon-to-be outgoing model. But with the inevitable AMG treatment, everything has been turned up to eleven. The big boxy embodiment of fury is powered by the same 4.0-litre twin-turbo (Biturbo, if you must) V8 that also powers the Mercedes-AMG GT supercar. Here it makes 585PS of max power and an earth-stopping 850Nm of torque. It is mated to a 9-speed automatic gearbox that is tuned specifically for the G63 and sends power to all four wheels via the 4-MATIC all-wheel drive system. It can accelerate from zero to 100kmph in just 4.5 seconds and the top speed has been limited to 220kmph. It can be stretched to 240kmph with the optional AMG Driver’s Package that should be offered in India.

It has also been fitted with cylinder management technology for better fuel efficiency. Relatively speaking, of course. While the new G-Class continues to feature the much-loved fender-mounted indicators, it now features LED headlamps.

The cabin has been completely reworked too, and seriously ups the luxury quotient. Bits such as the AC vents, the centre console and the seat adjustment unit look like they’re straight out of the S-Class. Mercedes does offer the classic instrument cluster in international markets, but the car coming to India will most likely come with the MBUX digital cockpit and infotainment system. The system features two 12.3-inch screens, one for the instrument cluster and the other for the infotainment system, which also supports gesture control.

The India-spec G63 will also likely come with AMG Dynamic Select as standard. The driving system features eight modes - five for on-road driving and the rest for, you can guess where. As for the suspension, the G63 comes with an independent double wishbone setup up front and a rigid axle multi-link setup at the rear. This could also be coupled with AMG Ride Control as standard.

Prices are expected to be well north of the Rs 2.0 crore mark and it wouldn’t be surprising if the asking price hovers around Rs 2.5 crore (ex-showroom).