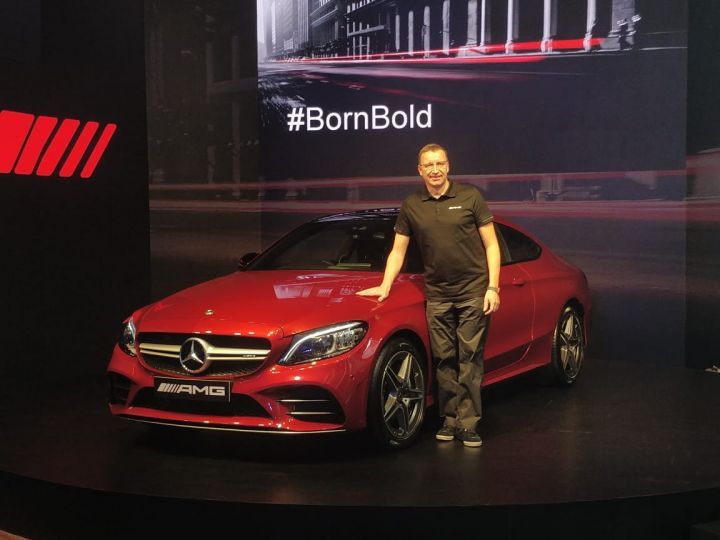 German luxury carmaker Mercedes-Benz has launched the AMG C43 Coupe in India at Rs 75 lakh (ex-showroom, India). Essentially a two-door coupe based on the C-Class with the AMG treatment from Affalterbach, the latest-gen C43 Coupe was introduced globally last year and comes to India as a CBU.

In its current avatar, the C43 Coupe gets a new AMG radiator grille with twin silver chrome slats, flanked by redesigned LED headlamps with DRLs on top and large air dams on the bumper. It gets 19-inch AMG alloys for that sporty appeal and the coupe roofline blends seamlessly with the boot to give it a sleek silhouette. At the back, it gets a striking rear diffuser and two round twin tailpipes to match the performance it packs.

The new AMG C43 Coupe is powered by the same 3.0-litre V6 engine that was used in the C43 4MATIC sedan earlier sold in India, but in a different state of tune. This engine now makes 390PS (23PS more) of power and 520Nm of torque and comes mated to a 9-speed AMG Speedshift gearbox. It also gets 4MATIC all-wheel drive with rear-biased 31:69 power distribution, along with AMG’s three-stage adjustable suspension damping from its elder sibling AMG C63. The C43 can do a 0-100kmph run in just 4.7 seconds and has an electronically limited top speed of 250kmph.

On the inside, the C43 boasts of a specially crafted AMG steering wheel wrapped in Nappa leather along with ergonomically positioned touch-control buttons. It also gets a head-up display and a massive all-digital 12.3-inch instrumentation cluster, with ‘Classic’, ‘Progressive’ and ‘Sporty’ modes.

The AMG C43 Coupe goes up against the likes of the Audi S5 in India which is priced at Rs 72.4 lakh (ex-showroom). So, what do you think about the new Merc AMG C43 Coupe? Do let us know in the comment section below.