Here’s Your Last Chance At Getting A V8-powered Mercedes-AMG C63 In India! 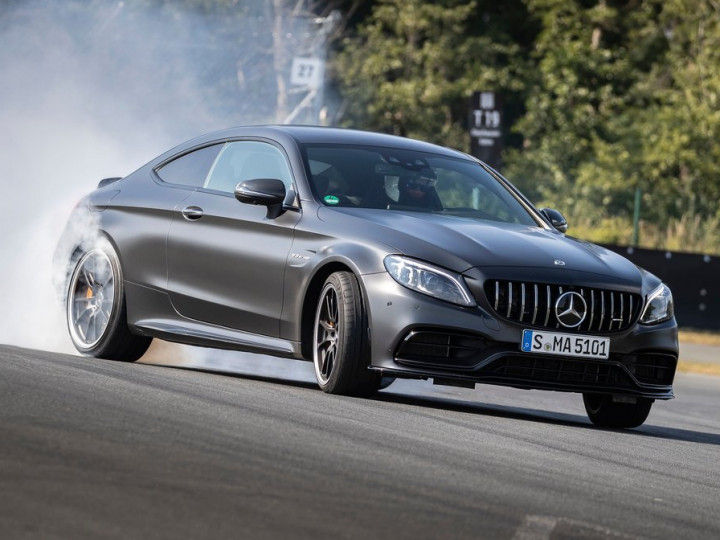 Have you ever dreamt of owning a Mercedes-AMG C63 powered by a massive V8 motor? Well, this could be your last and final chance as the German carmaker has launched the 2020 C63 Coupe at Rs 1.33 crore (ex-showroom). Late last year, Mercedes announced that the next generation C63 will use an electrified version of the 2.0-litre turbocharged 4-cylinder that made its debut with the CLA 45 AMG.

But coming back to AMG’s latest offering in the country, the new C63 is a whole Rs 6 lakh cheaper than the previous Mercedes-AMG C63 S Coupe. The C63 continues to be powered by AMG’s hand-built 4.0-litre twin turbo V8 petrol engine that’s coupled to a 9-speed automatic transmission. On full force, the motor puts out 476PS and 650Nm of twist, enough for setting the rear wheels ablaze while pulling out of a red light. It’s also mighty quick, with 0-100kmph coming up in 4 seconds dead before maxing out at 250kmph (electronically limited). That said, the previous C63 S we had in India was more powerful than this car. But like we mentioned above, this is one of your last chances to get a V8-powered C Class, and a loss of 35PS/50Nm shouldn’t be a deal breaker.

Although it looks largely similar to the C43, the 2020 C63 Coupe does get a few cosmetic tweaks to set it apart from its V6-powered sibling. For starters, it features AMG’s latest Panamericana grille with vertical slats while the bumper with its sporty air intakes makes it look more aggressive. Move on to the side and you’ll notice the 19-inch forged alloy wheels (optional) that come with a staggered tyre setup. At the rear, the C63 comes with quad exhausts which helps amplify the V8 motor’s rumble.

The list of changes continues to the interior. It features an upgraded infotainment system with Mercedes’ COMAND Online and a new 12.3-inch digital driver’s instrument panel. Also new is the sleek three-spoke flat-bottomed steering wheel which comes with touchpads on either side.

The 2020 Mercedes C63 locks horns with the BMW M4 and Audi RS5, both of which aren’t available in India, giving Mercedes an advantage in our market. While both of its rivals come with downsized engines, this iteration of the C63 is considered an icon thanks to its V8 motor. So if you’ve set your eyes on one, we suggest you log onto Mercedes’ online retail platform and snag one for yourself before its 4-cylinder hybrid successor comes along.