The all-new bike gets its design cues from the CB1000R and the want for this one is high! 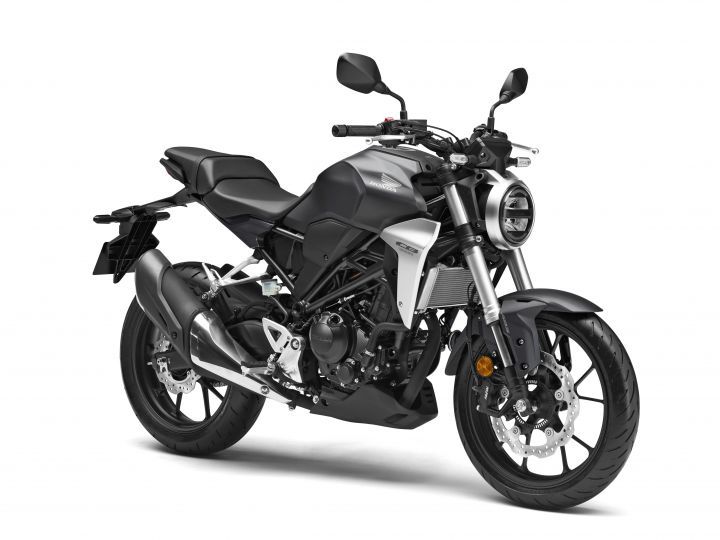 Honda’s ‘Neo Sports Café’ concept came to life in this year’s EICMA in the form of the CB1000R. But that not it. Derived from it are two more nakeds: the CB300R and CB125R. Both look like scaled down versions of the 1000 and boast similar high-spec hardware as well. Let's take a closer look.

Though we initially thought that the CB300R could have the parallel-twin engine of the CBR250R, the CB300R actually borrows its single-cylinder motor from the existing CBR300R. The 286cc DOHC 4-valve liquid-cooled single-cylinder motor produces 30.9PS of power at 5,500rpm and 27Nm of torque at 7,500rpm. Fuel economy is rated at 30.2kmpl, though this is not the ARAI figure. Mated to this is a 6-speed gearbox.

Mounted around that engine is a retro-styled motorcycle which just looks fantastic. The bike gets a new tubular steel frame, 41mm upside-down forks up front and a preload-adjustable monoshock with 5-step spring preload adjustment at the rear. The brakes are taken care of by a 296mm floating front with a four-piston brake caliper and a 220mm disc with a single piston caliper at the rear. Both are modulated by 2-channel ABS.

In terms of equipment, the CB300R boasts an LCD instrument display which has a readout of speed, engine rpm, fuel level and gear position. The warning lights are located across the top of te console. The bike gets full LED lighting even for the indicators, and the headlight gets a dual bar setup with the upper one for low beam and lower for high beam. The taillight on the CB300R is the thinnest ever mounted on a Honda motorcycle.

The CB300R makes perfect sense for a market like India. With bikes like the KTM 250 Duke and the Yamaha FZ25 garnering attention, the brand new retro-styled naked from Honda could turn a lot of heads. But, as of now, there is no word from Honda about getting this to our shores. If launched, expect a price of around Rs 2-2.5 lakh.