Want A High-speed Diwali? Here Are The Best Big Bikes You Can Buy 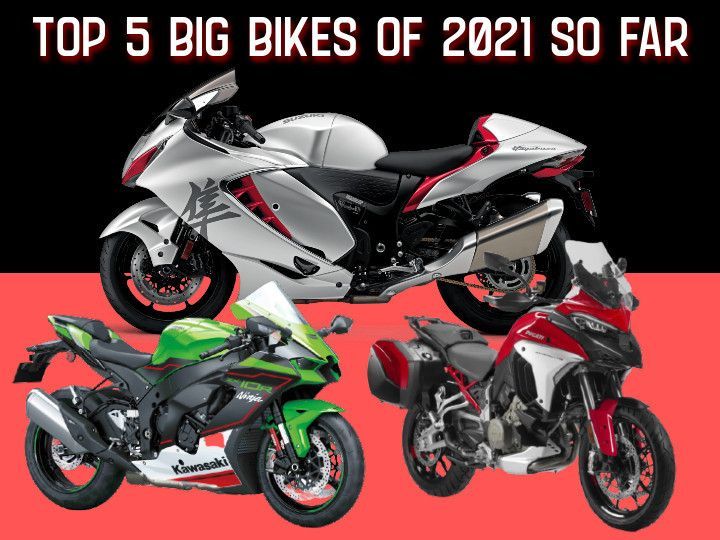 From bedroom posters to daydreams, big bikes feature in every two-wheeler enthusiast's life in one way or the other. And if you’re one of the lucky ones who are actually thinking of putting down some cold hard cash on one, here are our five favourite big bikes of 2021 that you can get:

The Suzuki Hayabusa, aka the Dhoom bike, is one of the most popular big bikes out there, and not only in India. For 2021, the Hayabusa went under the knife and came out being its best self yet. Everything -- the new design, a whole suite of modern electronics, aerodynamic improvements, and the BS6-compliant engine -- all make it an even better version of itself. Add to its drool-worthy price tag of Rs 16.40 lakh (ex-showroom Delhi), and the package becomes hard to look past.

Now we know some of you might say it makes less power than before, but we recently took the old and new ‘Busa to a drag strip and the result was…..well, check for yourself.

Like the Hayabusa, it also sees a much-needed update and switches to a new design, which some people might not like. Along with the design, it makes more power, gets improved electronics, and promises to be more fun than its previous self. For full details, check out our launch piece.

There’s been a steep climb in the popularity and number of ADV bikes in India. And our favourite one is Ducati’s flagship ADV, the Multistrada V4. This is the first-ever Multistrada to get a V4 heart, compared to the older L-twin unit, and boy does it pack a punch!

With its new 1158cc V4 Granturismo engine pumping out an impressive 172PS and 124Nm, the Multistrada V4 is the most powerful ADV on sale in India. To complement this, Ducati has thrown in gizmos like radar-guided cruise control, a bi-directional quickshifter, and semi-active suspension. Priced at Rs 18.99 lakh (ex-showroom Delhi), the Multistrada V4 is competitively priced too, undercutting the BMW R 1250 GS.

Earlier this year, BMW launched its low-slung cruiser, the R18, in India. It currently retails at Rs 19.9 lakh (ex-showroom Delhi) and takes on the Harley-Davidson Fat Boy 114. So what do you get for the money? Well, the world’s biggest Boxer engine, for starters. Yes, you read that right, the BMW R18 is powered by a 1,802cc engine putting out a massive 158Nm at just 3,000rpm. Keeping an eye on this meaty motor are electronic aids like riding modes, switchable traction control, engine drag torque control and hill start control. All this is topped off by an enticing old-school design with a chunky fishtail exhaust, fork covers, and pinstriped bodywork.

And finally, we come to the feisty streetfighter from Triumph, the 2021 Speed Triple 1200 RS. For this year, the Speed Triple 1200 sheds its old skin and slips into sleeker attire, making it a massive 17kg lighter than before. Couple this to its new 1106cc, triple-cylinder engine which puts out 180PS and 125Nm, and the Speed Triple should be a riot to ride. Putting a rein on those horses, you get cornering ABS, traction control, five riding modes, a bi-directional quickshifter and wheelie control, all accessible via a new 5-inch colour TFT dash.