Check Out The Keeway K300R Via 9 Images

Looks a bit too similar to a particularCFMoto bike… 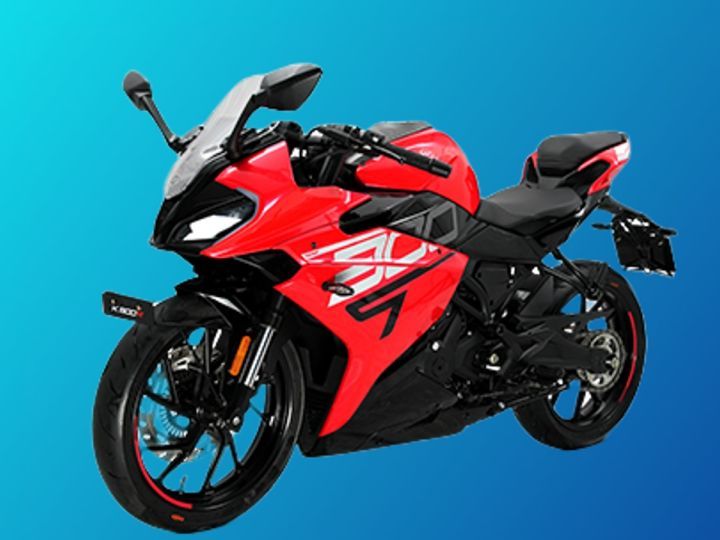 After building up its launch since the past couple of days, Keeway has finally launched the K300 R and the K300 N in India. So let’s have a look at the former via a set of detailed images:

Keeway has given the K300 R an authentic supersport look with a split LED headlight, full fairing, clip-on handlebars and a neat underslung exhaust. That said, the handlebars seem raised and Keeway might be looking to strike a good balance between sportiness and comfort with the K300 R.

While it looks sporty and aggressive, it has an uncanny resemblance to the CFMoto 300SR. We wish its styling was a bit more distinctive.

At the supersport’s heart is a 292.4cc single-cylinder liquid-cooled engine that dishes out 27.5PS and 25Nm and is paired to a six-speed transmission along with a slipper clutch. The output figures do sound a bit underwhelming, especially when compared to some of the rivals, on paper. That said, it gets two riding modes.

The K300 R gets an LCD instrument cluster. While Keeway hasn’t revealed details about it, we can see that the bike gets hazard lights.

Suspension duties on the K300 R, like the K300N, are handled by a 37mm inverted fork and a monoshock. Both of them get a single 292mm disc up front with four-piston callipers along with a 220mm unit at the rear with single-piston callipers. Dual-channel ABS is standard on both the bikes.

The K300 R rolls on 17-inch alloys. Its front tyre is a 110-section one while the rear is a 140-section unit. The wheels are wrapped in CST RideMigra S1 rubber.

Tipping the scales at 165kg, the K300 R is a substantial 14kg heavier than the K300 N. Other bits like a rather small 12-litre fuel tank and a puny 135mm of ground clearance could hamper the supersport’s practicality. That said, its 780mm seat height is 15mm less than the K300 N and sounds accessible for riders of most heights.

The K300 R goes up against the Kawasaki Ninja 300, TVS Apache RR 310 and the BMW G 310 RR. While the price is slightly on the higher side, given the pricing of its rivals. Having said that, Keeway has pleasantly surprised us with a sub-Rs 3 lakh price tag. 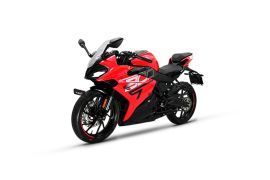 All Comparisons of K300 R