New Hyundai i20 Turbo DCT vs VW Polo TSI AT: Which Premium Hatchback Is Faster?

Both models come with a 1.0-litre turbo-petrol engine, but which one is faster? 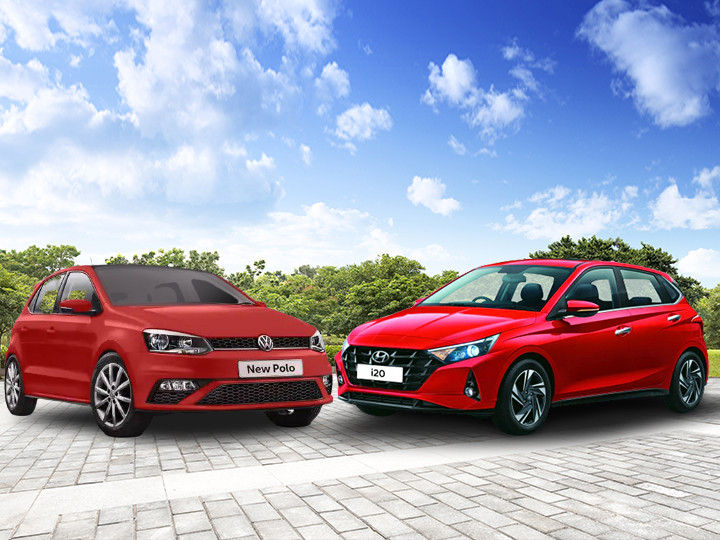 The Hyundai i20 Turbo and Volkswagen Polo GT are the two ‘fast’ premium automatic hatchbacks one can currently buy in India. Both models come with a 1.0-litre turbo-petrol engine and have the performance chops to put a smile on your face. But which hatchback is faster despite being light on your wallet? Let’s find out.

Yes, both models come with a 1.0-litre turbo-petrol engine, however, it’s the i20’s unit that's the more powerful one in this test. The VW reclaims its bragging rights by developing 3Nm more than the Hyundai. Along with the latest engine update, Volkswagen has also done away with the famed dual-clutch automatic transmission. Rather, the Polo GT now utilises a 6-speed torque converter automatic. The i20, on the other hand, is offered with a 7-speed dual-clutch automatic transmission.

The Polo manages to beat the i20 by a whisker in the 0-100kmph run. This is because the i20’s DCT didn’t allow us to launch the car hard. The real surprise, though, is during kickdown acceleration where the Polo’s torque converter automatic had a better reaction, emerging as the quicker car.

Despite both models offering similar performance, the Polo is a staggering 2kmpl more fuel efficient than the i20 in our tests. The gap on the highway is just 0.5kmpl.

Clearly, the VW Polo is the faster car here and also the more affordable one. We suggest you pick this one if you will be predominantly behind the wheel. If you want a relatively newer car with all the latest gizmos and more comfort, the i20 is the more sensible choice in this test.