These Made-in-India e-scooters are priced starting from Rs 1.44 lakh while offering up to 150km range 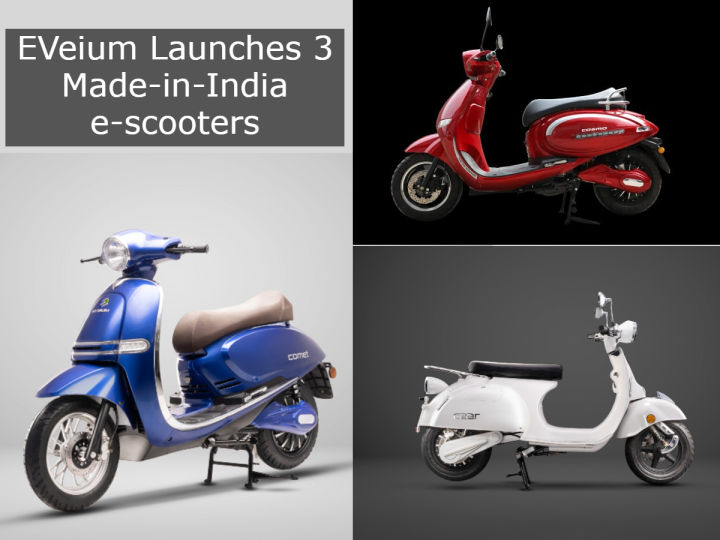 The Cosmo electric scooter gets a 2kW motor that is capable of propelling it to a top speed of 65kmph while offering a claimed range of 80km. The company claims that the Cosmo’s 30Ah Lithium-ion battery pack can be fully charged in four hours while the scooter is available in five swanky colours - Bright Black, Cherry Red, Lemon Yellow, White, Blue, and Grey.

The EVeium Comet e-scooter features a 3kW motor that helps the scooter to a top speed of 85kmph. The 50Ah battery pack is claimed to take four hours to fully charge while offering a claimed range of 150km. The Comet comes in six colour options - Matt Black, Shiny Black, Wine Red, Royal Blue, Beige and White.

The flagship Czar e-scooter is equipped with the most powerful motor compared to the other two, which is rated at 4kW. This scooter too has a top speed of 85kmph and a range of 150km, however it features a smaller 42Ah battery that can be fully charged in four hours’ time. This scooter too gets six colour options - Glossy Black, Matt Black, Glossy Red, Light Blue, Mint Green, and White.

All three scooters are available with three drive modes (Eco, Normal and Sport) and also feature keyless start, anti-theft feature, LCD display with mobile connectivity and regenerative braking. A mobile app also offers a find my vehicle feature, real-time tracking, over-speed alert and geofencing. The Comet and Czar get an additional reverse mode. Bookings for the e-scooters are open at Rs 999 across EVeium dealerships in Pune, Hyderabad, Bengaluru and Kozhikode.

Underpinnings of the Cosmo and Comet comprise a front telescopic fork and dual shock absorbers at the rear, while the Czar gets a trailing link front suspension with dual rear shock absorbers. Braking duties are shared by disc brakes at both ends.

All three scooters primarily rival the Bajaj Chetak in this price range. Other premium e-scooters include Ola S1, Ather 450X Gen3, TVS iQube and the upcoming Simple One.

Earlier, Elysium Automotives used to promote British EV two-wheeler brand One Moto in India, however these two companies have since split. 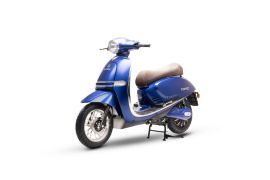 EVeium COMET
Be the first one to review
Rs. 1.92 Lakh
View October Offers

All Comparisons of COMET

View All
View All
Trending EVeium Bikes
View All