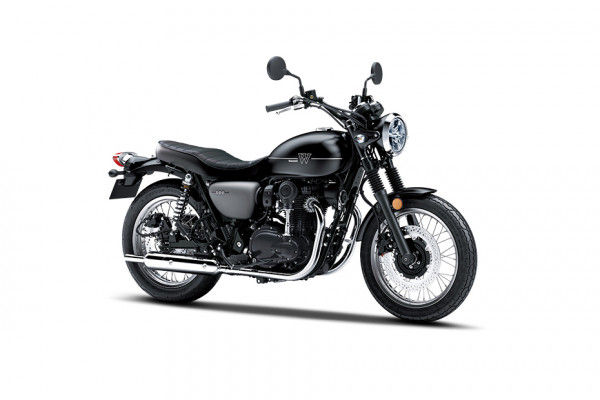 Kawasaki has resumed operations across certain dealerships in green and orange zones in India. Its Chakan factory, on the other hand, is expected to be functional again once the lockdown is lifted. Despite this, the brand has managed to introduce two of its updated bikes into the Indian market, the BS6 Ninja 650 and the recently launched Kawasaki W800 BS6.

The Kawasaki W800 has been in the market for a while now, however, it's been overshadowed by bikes like the Royal Enfield Interceptor 650 and the Triumph Bonneville range. That's all likely to change now as Kawasaki has launched the BS6 W800 at Rs 6.99 lakh which helps it undercut the Street Twin by Rs 46,000 and brings it a tad closer to the Interceptor 650. The Kawasaki W800 BS6 is also a whole Rs 1 lakh cheaper than its BS4 counterpart. It packs a greener engine but retains the same features and underpinnings as before.

The Kawasaki W800 is powered by a BS6-compliant 773cc parallel-twin air-cooled SOHC motor which puts out the same power and torque figures as before -- 52PS at 6,500rpm and 62.9Nm at 4800rpm. The motor comes with a 6-speed transmission aided by a slip and assist clutch. The hardware on the W800 is pretty basic -- a double-cradle frame, a conventional telescopic fork and dual shock absorbers. You also get 18-inch spoke aluminium wheels with slim 100/90-18 front and 130/80-18 rear tube-type tyres. Anchoring the bike is a single 320mm disc up front and a 270mm disc at the rear. The BS6 W800 weighs in at 224kg kerb (same as before) with a fuel tank capacity of 15-litres.

The Kawasaki W800 pays homage to the 1966 Kawasaki W1 which made its mark in the Kawasaki family and inspired the birth of manic machines like the Kawasaki Z1 and Ninja H2. The modern day W800's neo-retro design bares a stark resemblance to the W1. It’s language may look simple, but it's sleek sweeping contours, detailed touches and solid-looking metal help the bike stand out from the crowd.

In terms of features, the BS6 Kawasaki W800 comes with a dome-shaped full-LED headlamp and a twin-pod instrument console with a digital inset. In terms of safety features, it gets dual-channel ABS but other than that, the W800 has no electronic rider aids.

The massive price cut makes the Kawasaki W800 an excellent value-for-money proposition in the premium classic segment. It primarily competes with the Triumph Street Twin. However, if you were to consider its price bracket, the Kawasaki W800 also takes on the Harley-Davidson Street Rod and the Benelli TNT 600i.