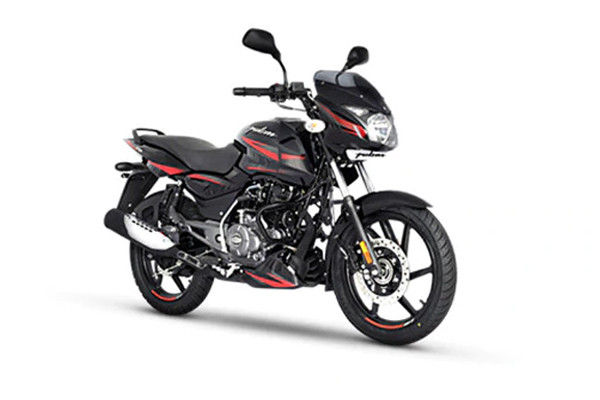 Ask your question from Pulsar 150 owners and experts
Your Question should contain at least 5 characters Submit Cancel
Available EMI Options
Rs. 2,615 per month @ 11.99% Apply for Loan

A few months since its last revision, Bajaj has increased the asking price of the Pulsar series once again. The Pulsar 150 (all of its variants) get a nominal price hike of Rs 128 only. Here are the new prices of the Pulsar.

Bajaj updated the Pulsar 150 to meet the new BS6 emission norms in February. Apart from the addition of a cat-con and fuel-injection to make it adhere to the stringent emission norms, there’s no change between the old and the new BS6 version.

The Bajaj Pulsar 150 BS6 is powered by a 149.5cc single-cylinder, air-cooled, fuel-injected BS6-compliant engine. It makes 14PS at 8500rpm and 13.2Nm at 6500rpm. While the power remains the same, torque is down by 0.15Nm compared to the BS4 iteration. Bajaj hasn’t made any changes to its underpinnings. The updated Pulsar 150 still uses a telescopic fork at the front and twin shock absorbers for its suspension duties. A 260mm front disc and a 230mm rear disc handle braking duties paired with single-channel ABS. At 148kg, the kerb weight has gone up by 4kg.

Bajaj hasn’t updated the design of the Pulsar 150 for a while now. Even in the BS6 iteration, it carries forward the same design cues as the older version. Both the paint options come with contrasting decals, giving the Pulsar 150 a sporty look.

In terms of features, the Bajaj Pulsar 150 gets a semi-digital instrument console, which shows the fuel level, speed, odometer, trip meters and backlit switchgear. Single-channel ABS is offered as a standard fitment.

It competes against the updated BS6 TVS Apache RTR 160 and the Honda CB Unicorn 150. While the Pulsar 150 and the CB Unicorn have remained similar to their predecessors, TVS has added a new GTT (Glide Through Traffic) feature. It already comes with a digital instrument console and LED DRLs.

The Bajaj Pulsar 150 was among the most important motorcycles to hit the Indian roads at the turn of the 21st century. Its successive generations have ensured that it remains relevant even today, 16 years after its launch. Feature rich, stylish, and everyday usability along with strong performance at a great price make it a solid value for money proposition Although it is still the most popular 150cc bike on sale in India, the Pulsar 150 was feeling a bit dated in light of newer competition. Bajaj Auto has taken stock of this situation and the new Pulsar 150 has received the most significant changes, brought to the 2017 Pulsar range. What has changed? 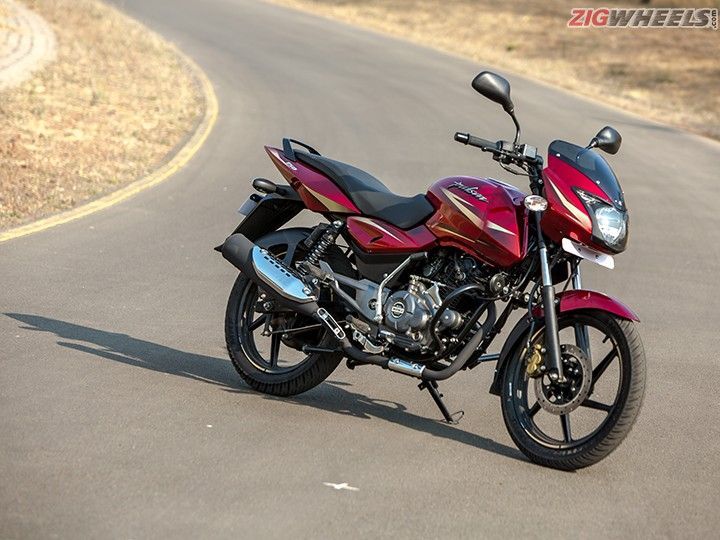 The biggest talking point is the fact that the new Pulsar 150 adheres to the stringent BS-IV emission norms. While other manufacturers have been pondering the idea of adding fuel-injection to make their products BS-IV norm compliant, Bajaj has added more maps to its CDI unit. The older engine had two maps while in the new engine, the CDI unit has five maps. This allowed Bajaj to make the new Pulsar 150 adhere to BS-IV norms without adding fuel-injection which would have increased the cost significantly. And Bajaj hasn’t just added maps to make the bike adhere to new norms and the changes are quite comprehensive. 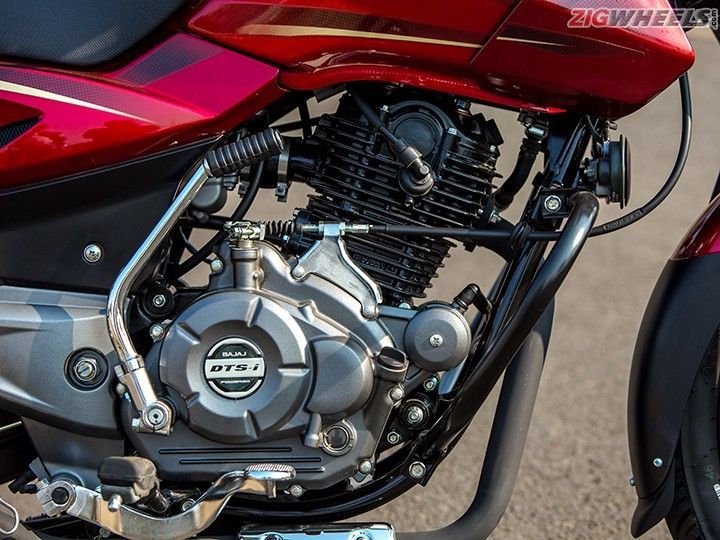 The changes start right from the intake manifold. While the two-valve setup remains unchanged, the engine now has a longer stroke and narrower bore which helps in improving the torque from the engine. Changes continue, with an updated exhaust manifold, larger catalytic convertor and a larger diameter for the muffler. The engine now also features Evaporative Emission Control System (EVAP) that recycles fuel that vaporises from the tank and uses it for combustion. 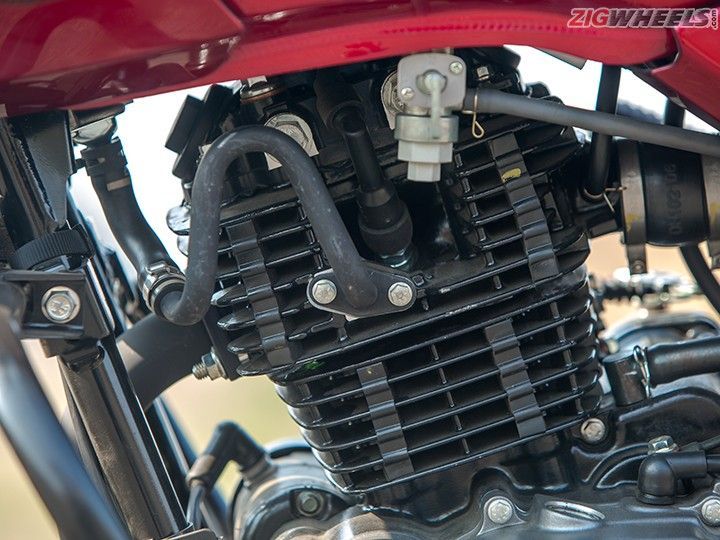 A secondary air-injection system infuses cool fresh air into the exhaust port to reduce the harmful emissions from the engine. Bajaj engineers have also changed the engine case and used a low drag clutch on the 150cc motor to improve refinement and NVH levels. A result of all these changes is that the Pulsar 150 now meets BS-IV norms. Also, this air-cooled single-cylinder motor now delivers 14PS and 13.4Nm of peak torque which is a drop of 1PS power but a gain of 1Nm of torque in comparison to the older motor. 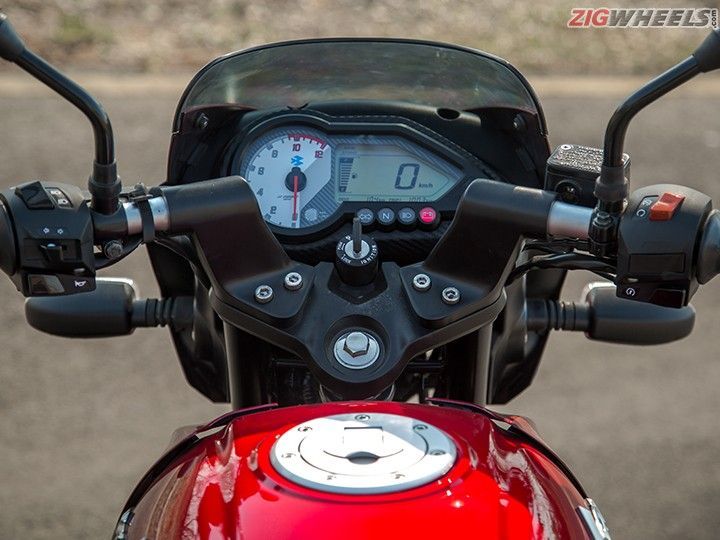 Cosmetically, the new Bajaj Pulsar 150 looks similar to the older bike but, despite the design being close to a decade old, it doesn’t feel outdated. The new motorcycle gets redesigned graphics and a single colour shade as opposed to the dual-tone finish on its predecessor. We prefer the dual-tone finish and also feel that the graphic design could have been sportier. The 2017 Pulsar 150 features AHO (automatic headlamp on), a safety feature that will be made mandatory on all new two-wheelers from April 1, 2017, and it also gets reflective tape on the wheels. Another visual distinguishing factor is that the bottom part of the powerplant has been finished in a shade of gunmetal. The instrument console remains a semi-digital unit but gets faux carbon fibre finish that looks good and AHO means that there is no switch for the headlmap on the new bike. 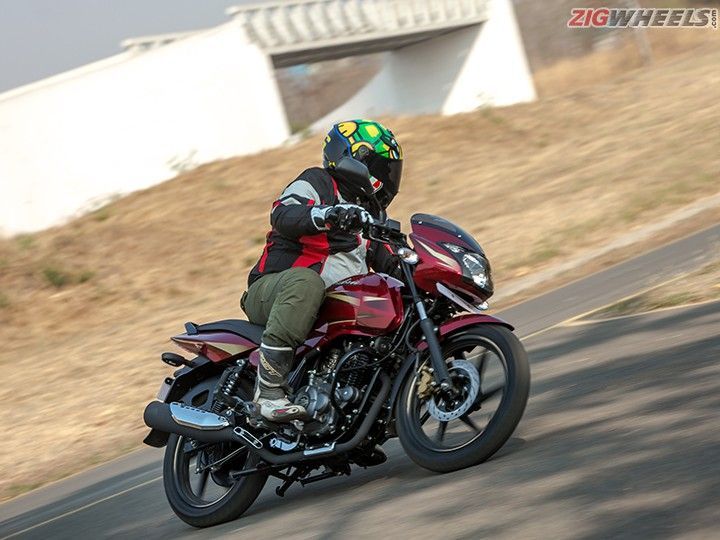 Before we talk about riding impressions let me clarify that we only got to spend a few hours with the bike on a closed section of the race track, and a full-fledged road test will be posted soon. The Bajaj Pulsar 150’s ergonomics remain unchanged with clip-on handlebars and centre-set pegs resulting in an upright riding stance, though the clip-on bars are slightly higher. Bajaj had also provided an older Pulsar 150 so that we could judge the improvements on the new motorcycle better, and the changes were evident right away. The new Pulsar 150 felt more responsive to ride at lower speeds and it feels more refined too. 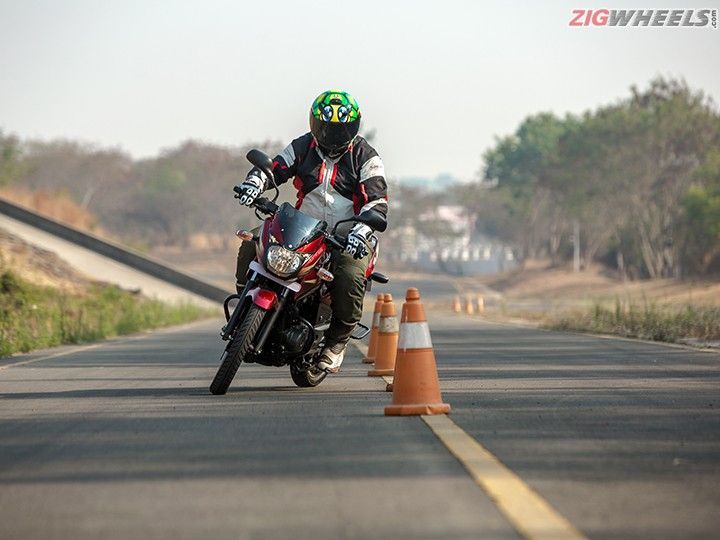 We did a rolling start from 20kmph in 5th gear on both the bikes and it was the new Bajaj Pulsar 150 that pulled away faster. Another highlight of the new engine is that the throttle response is more crisp and direct. Engine noise is considerably milder too. The 5-speed gearbox also offered better gearshifts than the older bike while the low drag clutch is a useful addition. Unfortunately, top-end performance has taken a hit marginally but given the improvements in acceleration and refinement that is a fair barter, we feel. Cycle parts have remain unchanged and the Pulsar 150 still offers likeable handling dynamics. Talking about mileage, Bajaj claims that the new Pulsar 150 will run for 65km on a litre of fuel, an optimistic figure which we shall test out soon. The bike held its line confidently on the fast sweepers of the track and the agile nature which made it a joy to ride in the city is still present. 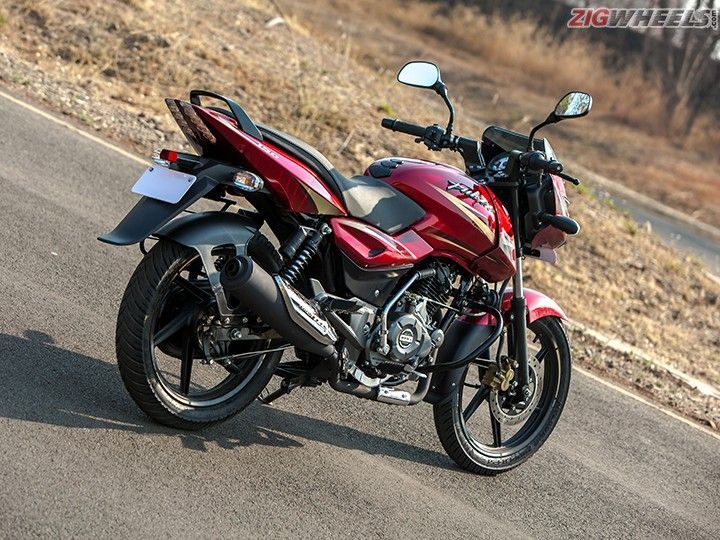 The biggest takeaway from the new 150cc motorcycle is the improved refinement and NVH levels. The enhancement in low-end performance will be beneficial in city riding, especially at crawling speeds. We would have liked some new styling elements to distinguish the motorcycle from its predecessor and better quality levels in terms of fit and finish. 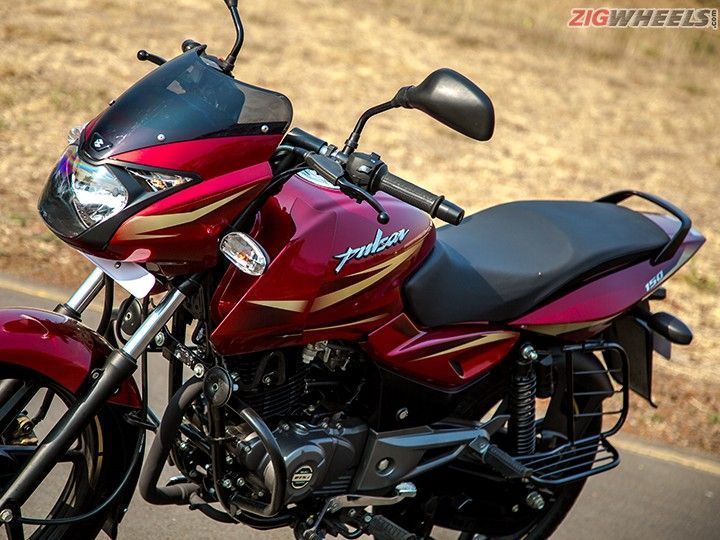 The new Bajaj Pulsar 150 still offers great value as it has been priced at Rs 75,313 ex-showroom, Delhi. The updates made on the 2017 Bajaj Pulsar 150 are subtle but important ones. However, if the young enthusiasts were looking for the next brash and adrenaline packed 150cc motorcycle from the Pulsar range, this isn't it. For that we will have to wait for Bajaj to expand the NS line-up with the more affordable Pulsar NS160.

What is the price of Bajaj Pulsar 150?

What is the Tyre and Wheel type of Bajaj Pulsar 150?

Does the Bajaj Pulsar 150 have ABS?

What is the EMI of Bajaj Pulsar 150 in Delhi?

What are the colours available in Bajaj Pulsar 150?