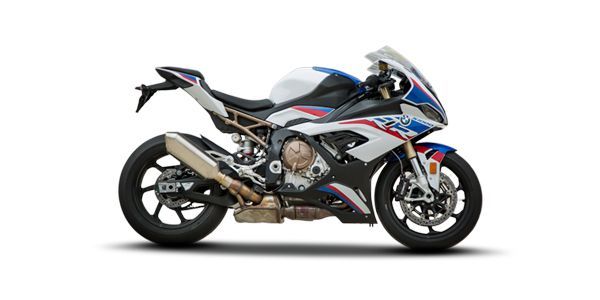 Known for making finest adventure machines, the S1000RR is BMW first real hardcore supers ports model that is out to take on the Japanese domination.
Read More

BMW made a grand entry into the litre-class sports bike segment when it rode in the S 1000 RR in 2009. Even though the German bikemaker had no experience of making sports bikes, its S 1000 RR made a smashing entry as it even won every major sports bike comparisons. The bike was updated to adhere to the new Euro 4 emission norms and launched in India when BMW Motorrad officially entered the Indian two-wheeler space. The BMW S 1000 RR is on sale in in two trims - the stock version, that has been priced at Rs 18.9 lakh and the Pro that costs Rs 21.4 lakh (both prices are ex-showroom, Delhi). In India, the BMW S 1000 RR faces competition from the Kawasaki Ninja ZX-10R and ZX-10RR, Yamaha R1 and R1 M, Aprilia RSV4 and the Ducati 1299 Panigale.

The asymmetric styling did ruffle a few feathers when the bike was launched but the German two-wheeler giant’s function over form design philosophy has aged well and the quirky S 1000 RR does look more pleasing now. This asymmetrical styling is also visible on the headlight, fairing and those shark gill like air-scoops that look brilliant. It was its electronic wizardry that helped the German litre-class machine make its mark against its rivals. The 2017 version, as expected, has been loaded with all the bells and whistles. There are three riding modes on the standard version - Rain, Sport and Race. Additionally, there are two optional modes - Slick and Individual mode. Other features include cornering ABS, launch control, quickshifter, wheelie control, Dynamic Traction Control (DTC), rear wheel lift mitigation and pit lane speed limiter etc.

Under the sculpted fairing, sits a 999cc in-line four cylinder motor that puts out 199PS and peak torque of 113Nm available at 10,500rpm. The engine is mated to a 6-speed gearbox and the bike features ride-by-wire throttle. The suspension components are developed by BMW itself. The front 46mm upside-down telescopic fork is fully adjustable for preload, compression and rebound damping. The rear monoshock too is fully adjustable for preload, compression and rebound damping. You also get Dynamic Damping Control, which in BMW’s words, is electronic suspension. Retardation is provided by dual 320mm discs with radially mounted four-piston callipers and a 220mm disc brake clamped by a single piston calliper while ABS. It is evident that the BMW S 1000 RR has all the makings for a brilliant litre-class sports bike and since it is now being officially offered by BMW Motorrad in India, pricing of the bike is also competitive.

The one-eyed BMW S1000RR is out to redefine modern litre-class superbikes, without reinventing the wheel. Sopan Sharma takes a quick look at the stunning new motorcycle and asks, "Why didn't the Japs think of this before?"

The one-eyed BMW S1000RR is out to redefine modern litre-class superbikes, without reinventing the wheel. Sopan Sharma takes a quick look at the stunning new motorcycle and asks, "Why didn't the Japs think of this before?"

BMW's S 1000 RR made its racing debut this year in the WSB championship and now the Bavarian manufacturer has publicly unveiled the road-going version of the same. We take a closer look at the German supersports litre-bike that sets new standards in performance and safety in its class.