The TVS Victor is my second long-term bike after the Honda Navi. But is the shift from the Navi to the Victor an upgrade? Let’s find out. 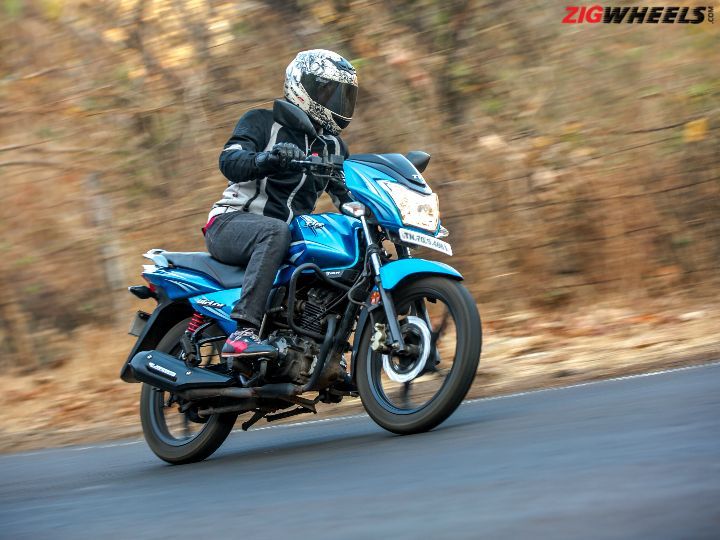 There are some things that you need and some things that you want. The Honda Navi, with its bike-like stance and miniscule dimensions, was definitely the latter. After clocking more than 8,000km on it I had to return the Navi to Honda, with a heavy heart, and was allocated the TVS Victor soon after. To be honest, I wasn’t really looking forward to it.

The Victor is a typical commuter and in this segment it is as stylish as it gets. The looks however seem meh, especially because the Navi turned heads at every traffic signal I stopped. That said, the blue hue does score some brownie points as far as aesthetics are concerned.

The Victor hasn’t been taken out of its comfort zone yet, unlike the Navi, and has lived up to its commuter tag. The high saddle translates to an upright seating position that gives a good view upfront and is comfortable for longer commutes as well. It isn’t as confidence-inspiring as the Navi’s low stance though. The skinny tyres don’t help in taking those fast corners either. But then again, that isn’t what a commuter is built for.

The short gear ratios mean you have to quickly shift to third and before you hit 50, you have to shift to the fourth. This gets particularly tiring in stop-and-go traffic where all four of your limbs are almost always engaged. Also, the Victor, unlike the Navi, isn’t the first off the line when the traffic signal turns green. But it’s quicker to a dead halt thanks to the front disc brake.

One of the biggest deal-clinchers of the Victor, and an aspect where it demolishes scooters completely, is the mileage. It returns more than 60km to the litre and that has considerably reduced my fuel expenses. Two full tanks (16 litres) were enough for my home-to-office-and-back commutes for the entire month. The 2-litre reserve capacity is also a boon and lets you jaunt while looking for a petrol pump.

The Victor earns more brownie points when it comes to tackling Indian roads. The 5-step adjustable hydraulic series spring suspension at the rear, though on the softer side, does well in gobbling up Pune’s potholes. Pillions can hence, and also thanks to the wide seat, expect a comfortable ride, unlike the Navi. Parking isn’t an issue either thanks to the light weight and slender build of the bike, but don’t expect it to get into every nook and cranny, unlike the Navi.

The transition from a 110cc scooter/bike - the Navi - isn’t the usual one a buyer would make. Both the bikes are worlds apart and make a strong case for themselves in their respective segments. On the one hand, where the Navi has carved out a unique niche for itself, it is an obvious choice for college goers looking to have fun while getting to college. Whereas, on the other hand, if you are already out of college and have been recently employed and want to save right from the go, the Victor is what you need. I’m neither and hence, would choose the Navi any day.

All said and done, my jaunt to the nearby hills await over the weekend. Will the winds treat the Victor as bad as the Navi? Stay tuned to find out.