Named after one of nature's fastest birds, can the Tata Altroz be as impressive a performer in a complete road test? 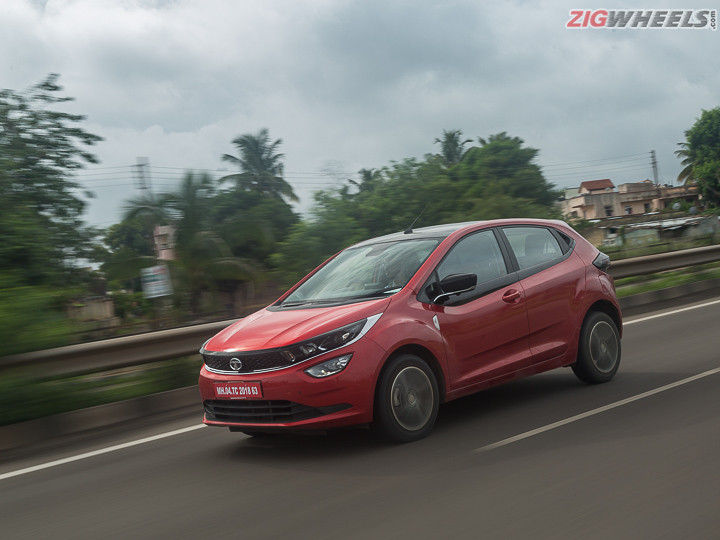 The Altroz proved to be a very promising car on the first drive in Rajasthan but the smooth straight roads through the sandy dunes are not really a proper proving ground for a car in the subcontinent. With a global pandemic proving spoilsport on a number of counts we finally have gotten our hands on a car we first experienced back in December. Back then we loved its handling, road presence and ride, but were not fully convinced by the powertrains. How would it fare in the real world at our tried and tested proving grounds back in hometown Pune?

The Altroz is one striking looking car. It really does add a twinkle in our eye, the eyes of fellow road users, commenters on the first reviews, and heck I'm sure even if an albatross saw one it would crack a grin. The face is very striking with aggressive accents on the bonnet and a sharp frown created where the bonnet meets the grill. its wide headlamps also seem to be watching you intently with an eagle eye. From the side the silhouette does remind me of the Honda Jazz to some extent, especially in that window line. Still, the sharp nose and quite attractive rear design with large smoked stealthy taillamps do give it a very distinguished road presence. Classy and very upmarket and easily able to turn heads even though this red colour blends in a little more than the more striking white and gold colour options.

Designwise, everything fits well, and some features really stand out like the ORVMs, the wheels and the contrast black paint. But there are some things that could be improved too, like the fad-following rear door handles that really aren’t more practical than regular door handles, and the piano plack plastic elements that pick up scratches more easily than the metal bodywork.

The Altroz continues Tata’s simple and classy design with one of the best finishes from the manufacturer till date. There’s hard plastics all around but the great blend of different finishes, textures and sober colours keeps it looking and feeling classy. Not completely perfect, though, and there are still some niggles like the handbrake fouling with the armrest and the design of the door bottle holders not really holding on to full bottles under hard braking. The panel gaps too are a lot better but not quite yet perfect.

The new steering wheel setup is also an element that has been overdesigned and completely not practical. The large floating horn design does allow you to reach the horn from more hand positions on the steering wheel. But the buttons for the audio are also mounded on the horn and so if you press on any of these controls too hard then you could inadvertently set off the horn as well.

There are also bits that are done really nicely and deserve mention, like the button shortcuts for the touchscreen menus, nicely weighted AC control knobs and switches, and the grippy flat-bottom steering wheel. The digital dash is another new piece of tech that is nicely laid out with lots of info and even gives you navigation prompts when you are navigating to a destination with an Android Auto or Apple CarPlay device connected to the infotainment system. Of course the sound setup, as has been with Tata cars of late, is quite outstanding in quality and clarity.

The Altroz sports a very practically laid out space and the first indication of this is the wide opening doors. While this makes a lot of sense for the rear doors, we’re not quite sure if the front doors really need to swing open all the way to 90 degrees. Not because the practicality isn't welcome but because the large front door risks banging against other cars in a tight parking spot. Once in, the front seats are nice and supportive with firm cushioning and good lateral support. Underthigh support could have been a little better. Reach adjustability in addition to the provided tilt adjustability would have also helped a larger variety of heights and shapes of people find a good driving position. That said, with the driver's seat height adjusted and the tilt adjust on offer I was able to find a good position for my 5’10 frame.

At the rear the seats are similarly supportive, though they are set a little low to the floor. This means that underthigh support is a little lacking but it does ensure that there is adequate headroom for 6 footers. A central folding armrest and air con vents for the rear passengers ensures that it’s comfortable and there’s even enough space to fit three abreast when social distancing norms allow it. A central headrest and a split rear seat back are misses that could have added more to the practicality of the space and safety of the central passenger respectively.

The boot is practical too, with a generous 345 litres of space, and this is enough to pack in one full sized hard case, a medium one and with still enough space for a medium carry-on hard case. More than enough for a family’s luggage for a quick weekend trip.

In our first drive the diesel was the more impressive of the two engines currently available with the Tata Altroz. On paper the 90PS and 200Nm should have been more than adequate. And in everyday scenarios like driving around town or cruising down the highway, they are more than adequate.There’s good low down driveability from as low as 1500rpm and at cruising at 100kmph the engine is ticking over at a calm 2200rpm. In fact the refinement and smoothness of the engine is quite noteworthy for a diesel. For most people this is enough.

But there is a flip side to the Altroz and its performance equation. And it’s when you bring dynamics into the picture that the current Altroz falls a bit short. And so we’ll first have to discuss the handling abilities of the Altroz before we get to what we think of Tata’s engine choices. You see the thing is that this ALFA Arc platform is really quite impressive in its handling and ride characteristics. It stays flat through corners, has very good body control and even rides impressively over big bumps. Yes with the suspension set on the firmer side there is some movement through smaller imperfections on flatter roads. But we tackled some seriously torn up roads in this very wet monsoon on our test drive and the Altroz handled them without so much as batting an eyelid and no complaints from the suspension either. And when you have a car with these dynamic abilities the enthusiast in you wakes up and then asks for more, more speed through the corners, and more go from the engine.

And while the chassis can handle the speed through the corners, the engine fails to deliver on the feels. And it all starts with the response from the engine. You see, with the detuning of the Revotorq engine from the Nexon (110PS and 260Nm) to this state of tune and then meeting BS6 emission levels the gusto of the engine has been quelled. It’s very unresponsive to throttle inputs and when you get on the throttle hard it takes a good second to respond. And that’s not just a figure of speech -- if you take a test drive, time it and you’ll see what we mean.

It’s not actually slow, though, and for 0-100 sprints it took 12.90 seconds and that compares reasonably with the other cars in the segment. In the city driveability test, 30-80kmph in third took 8.54s and 40-100kmph in 4th took 14.53s which are also middle of the pack here too. So in outright performance it’s actually perfectly fine. But we're talking about driving pleasure here and with throttle response and gear changes which are quite clunky and slow, the Altroz doesn't quite fly right when you are in a playful mood.

What really would be a treat would be for Tata to give us the engine and transmission combination they promised at the first drive - a turbo petrol paired with a dual clutch automatic transmission. Or even the full Nexon spec Revotorq diesel engine. Both would be punchier than the existing lineup and the automatic would give the nicely rounded CVTs in the segment a run for their money.

In terms of safety equipment the Altros gets the usual 2 airbags as standard, ISOFIX child seat mounts, height adjustable seatbelts up front, ABS, EBD. But it also has received a 5 star Global NCAP crash rating, making it one of the safest in its class.

So finally the Altroz gets a B+ in our road test. It’s perfectly adequate as a family car for the city and will even take on roadtrips with similar ease. Points in its favour are the ride quality over bad roads, refined diesel engine, great space utilisation and practicality and of course that reassuring safety rating. We really did expect more and with just a little bit of tweaking of the equation the Altroz, and Tata have the potential to make a truly A+ hatchback. One that we really see setting a benchmark in the class and that will keep both the family man as well as the boy racer in you smiling. At the moment the competition like the Hyundai i20 and the Maruti Suzuki Baleno still feel more polished products. We have our fingers crossed.