Can the new Limited Plus variant of the Jeep Compass make it the complete SUV that we envisioned ever since it was launched in 2017? 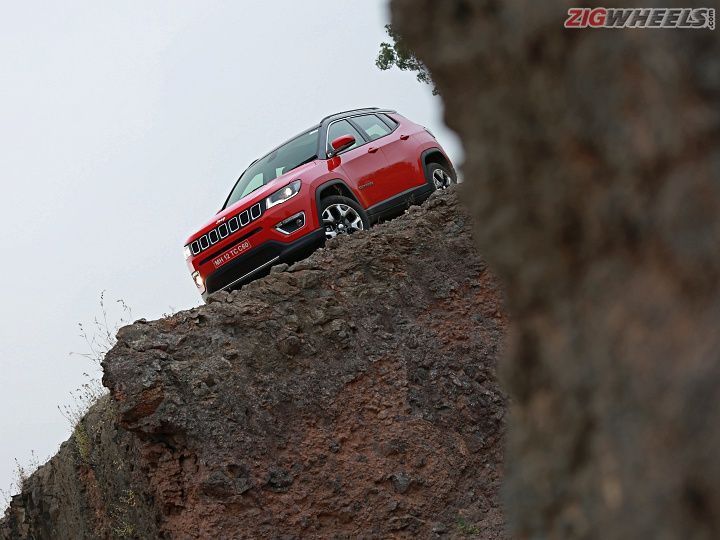 When the Jeep Compass was launched over a year ago it exploded out of the gates, selling almost 28,000 units by September 2018. It’s wasn’t quite perfect and for something priced around the Rs 20-lakh mark, it lacked a few creature comforts. Jeep says they have fixed this with the new Jeep Compass Limited Plus and after spending a couple of days with it, we have to say they have done a good job.

There’s not much to distinguish this top end variant from the Limited Option variant save for those 18-inch wheels. And while I have to confess I prefer a nice traditional five- or six-spoked design, these brushed aluminium and gunmetal grey dual-tone rims really are on fleek. The only other cue that this is the top-spec variant in the Compass lineup is a badge on the bootlid. The Compass remains one of the most attractive offerings in its segment with design elements like the seven-slat grille and squared off wheel arches proudly proclaiming it’s iconic Jeep heritage

Any functional updates?
It’s only when you step inside that the real changes are seen and the first one is actually the seat that you’re sitting in, that is if you’re sat behind the wheel. The Limited Plus gets an 8-way electronically adjustable driver’s seat and it even comes with a memory function so you can store two separate sets of settings. Great for when two people in the household drive the family car.

The next thing that catches your eye is the new 8.4-inch Uconnect infotainment screen. The older seven incher was not really bad but this dash unit was designed with this screen in mind and the large plastic bevel kind of left you with a feeling that you were missing out on the bigger picture. The software and functionality of the Uconnect system remains exactly the same save for a slight change to the layout to make the best use of the additional screen area.

Looking up you will notice the new dual-pane panoramic sunroof. Yes, Jeep has been listening to its buyers who wanted more and as per trends that even Hyundai and Ford have recently acknowledged, a sunroof seems to feature high on the list of must-have features. The updates don’t end there though and the Plus also gets automatic headlamps, rain-sensing wipers and an auto-dimming inside rearview mirror.

Does it drive any different?
Since there has been no mechanical changes to the running gear apart from the 18-inch rims, the driving dynamics are practically the same. The larger rims don’t seem to have made too much of a difference to how the Compass rides or handles. It’s still the same friendly, mild off-roader it always was with a 4x4 off-road system that can manage a lot of slushy and rough stuff but is hampered by the lack of a low ratio gearbox for really steep inclines and obstacles. Also, the electronic parking brake makes getting moving from stationary on an incline a more complicated affair than it would have been with a manual parking brake.

It also features frequency adaptive damping that promises a wide band of efficient operation and independent suspension at both ends. Ride quality is comfortable and the suspension remains fairly quiet over most of our broken roads. However, it is a little bouncy at city speeds. As the pace increases though you will realise that the Compass can handle practically anything without complaint.

So what about the misses?
The diesel variants sorely miss an automatic transmission while the thirsty petrol could do with a manual in the Limited, Limited Option and the Limited Plus variants that may allow you to eek out a few kilometres more from that peppy 1.4-litre turbo petrol. Something that will give this 4x4 better off-road manners, as we’ve said before, is a low-ratio gearbox.

Off-road enthusiasts will have to wait till 2019 (that’s when we expect Jeep to launch the Compass Trailhawk) for it to make an appearance. Along with a low ratio and rock mode, the Trailhawk will also have 20mm more ground clearance and there is also talk of a 9-speed automatic as well. So fingers crossed!

Final words
The Compass has been quite the success for Jeep in India and we’re glad to see it not resting on its laurels. Jeep has been keeping the line fresh and exciting by adding special editions (like the Bedrock and Black Pack edition) to the mix ever so often. This time they’ve made some very functional additions to the top-spec Limited Plus variant that were missed when it launched. Priced at a premium of Rs 91,000 over the Limited Option variant, the Limited Plus is a real value-for-money deal, especially if you were already considering the top-of-the-line Compass to begin with.