So how are two SUVs masquerading as sportscars on a racetrack? We have a go at BMW M division's newest hooning devices at the Madras Motor Race Track 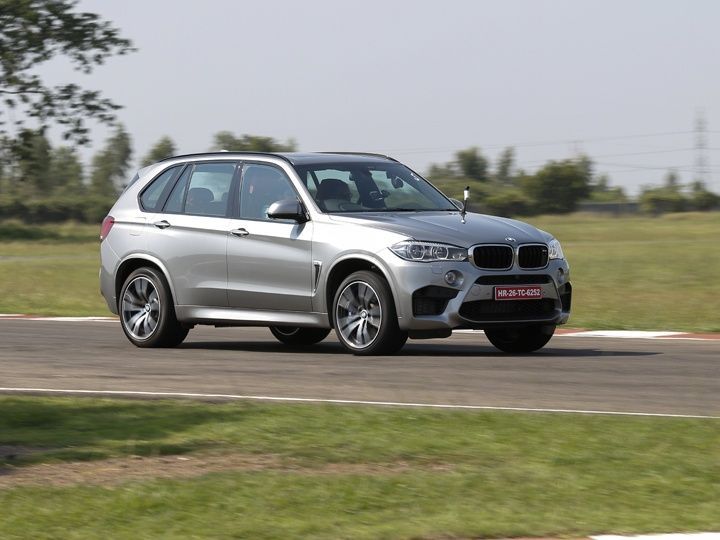 What’s the most unlikely place to drive an SUV? Surely a racetrack. Finely built with German precision they might be, but, nevertheless, the X5M and X6M are large blobs, tipping the scales at almost 2.3 tonnes and riding 195mm above the tarmac. If you’d want to drive any M car on track and feel at home doing it, it surely would be the M3/M4 duo. The X5M and X6M, just for the sheer type of body style, don’t fit in this scenario at all. But still, BMW’s M division wants to prove a point here by showing us the versatility of these two cars. So here we are in Chennai at the Madras Motor Race Track… How does it go?

The X5M and X6M, much like the Range Rover Sport SVR that was recently launched in India, are a comparatively newer breed of SUVs developed to go fast around bends, and not just in a straight line. The press pack throws in the Nordschleife name for good measure too, so you expect a fun car despite its weight and size. The ingredients are there to get the broth right – 575PS and 750Nm from the M5/M6 sourced 4.4-litre biturbo V8 mill, xDrive all-wheel drive system , wide and sticky Pirelli rubbers all around, and a cooling system that deserves a good appraisal for keeping the two cars cool all day on a hot track under extreme loads.

The first revelations that these are not just any ponderous, lumbering SUVs emerge when you notice that both of them are faster in a straight line compared to other M saloons. 0-100kmph comes in an officially stated 4.2 seconds, a tenth faster than the M5/M6. The two SUVs pack in 15 horses and 70Nm of torque more than their lower slung siblings and the all-wheel drive system helps put the it all down more efficiently.

Power is sent to all four wheels at most times but the xDrive system is rear biased and can split torque 100 percent front/rear to keep understeer in check, or keep you from spinning off in case you try to exit a corner a tad overzealously. The result is excellent traction into and out of corners. I can’t quite give a comparative example as I haven’t driven another SUV on track (and why would I?) but driven with its RWD and relatively featherweight brethren for company, you know it’s this AWD system working overtime to spare you the blushes.

The MMSC track surface is bumpy and the compound eats up tyres like fast food. It is a good thing the suspension is fairly pliant to soak in the undulations well, especially after the right hander at the end of the start/finish straight and into turn two. 285-section fronts and 325 rears are supercar territory and they do a fantastic job of masking the weight under braking. The acceleration and shifts aren’t as brutal as an M5/M6 in the harshest of settings, the front seats are just the perfect set of buckets you’d ever want, the grip is outstanding and the soundtrack from that V8 is good, albeit not great. I really liked the mix of performance and luxury the X5M and X6M were able to deliver.

It’s only in the tighter corners where the weight is felt and the systems cut in if you are too heavy on the throttle to keep the car in check. Still, the X5M and X6M can do fast corners way too well without losing composure, another indication of a good car to drive on road. The Chennai track is challenging and takes a toll on the cars, but the X5M and X6M lasted all day without breaking into a sweat.

With the X5M and X6M, it is not about what you will do, but about what you can. It is about the confidence they inspire, the feeling of reassurance in their potential, in the fact that they have a lot more to offer than you’d possibly need. You’d not take these cars for your next track day, but you could, and embarrass a lot of sports cars by the absurdly impressive dynamics. On track, the two cars do prove a point, that they are fast and capable, and show us a glimpse of what they would feel like in a more comfortable environment.

The X5M and X6M are idiot-proof performance cars. You can’t do much wrong with them despite the performance they pack in, and on the road, these two cars will be a lot easier to drive fast most of the time, and for longer distances than any other M car.