The XJ50 is now the sole variant of Jaguar’s flagship sedan in the Brit carmaker’s India lineup. Is this 3.0-litre diesel special enough to take the fight to the competition? 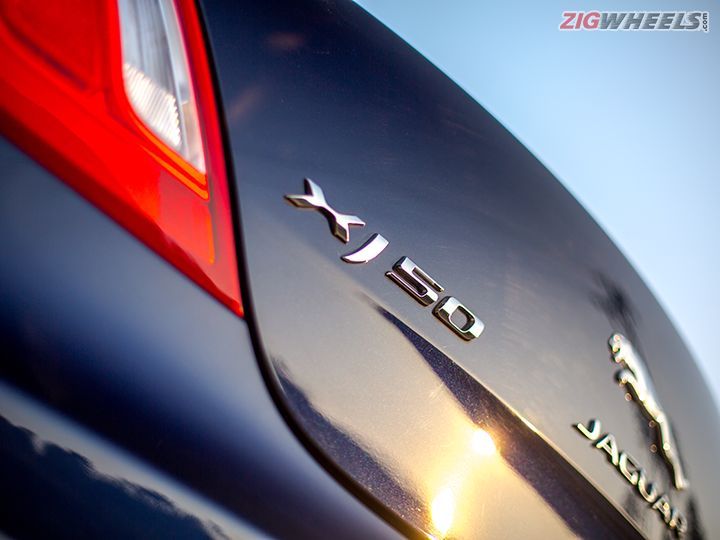 Yes, that’s right! The Jaguar XJ50, a special edition which celebrates 50 years of XJ model, is now the only variant on sale in India. This likely to be the case till an all-new, electric/hybrid XJ replaces it. Jaguar has thankfully opted to keep the more powerful, torquey 3.0-litre V6 diesel powertrain that should be the perfect match to its 50-year anniversary trim and the XJLs stretched out dimensions.

For a special edition, the XJ50 sports just a few external visual cues. There’s a new chrome grill, new 19-inch alloys, some small visual tweaks to the bumpers and ‘XJ50’ badging on the front fenders and boot lid. The XJ still remains the gorgeous cat it always was with the long sloping roofline that flows smoothly into its squat haunches and ‘cat’s claw’ tail lights. The long bonnet stretches out up front with two strong accent lines that run rearwards from the large chrome grill, combining to give this feline a rather aggressive, poised-to-pounce stance.

On the inside, the XJ50 sports diamond quilted upholstery with embossed XJ50 badging on the headrests. There’s anniversary badging on the door sills and the centre armrest as well. All four seats can be cooled/heated and also feature a multi-step massage function. They also adjust every which way possible and can store multiple memory settings as well. There’s a 20-speaker 825W Meridian surround sound system, 10.2-inch displays for rear passengers, four-zone climate control, a split sunroof, electric privacy blinds, ambient lighting, air suspension and the bigger of the diesel engine options that the XJ came with. The driver’s information display deserves special mention with its great layout and customizability. However, this is still a 10-year-old platform that has been updated over the years and not a whole new car. Though the spec sheet isn’t lacking when compared to its competition - the likes of the Mercedes-Benz S-Class and the BMW 7 Series - it does fall a little short. But we’ll come to that bit a little later.

As far as customisation is concerned, Jaguar has thrown the entire catalogue at the XJ50 and there is now just one level of trim, so there are not many check boxes to tick in the buying experience save for choosing one of the four colours it’s available in - white, black, this ‘Loire’ blue and a deep red. This is purely a one size fits all kind of deal. So if you like your luxury cars tailored to suit you, prepare to be a little disappointed.

For one of the longest luxury sedans available, the driver’s seat is surprisingly a lot of fun and not just because the seat keeps you cool over a long drive, or because the massage function allows you to drive unfatigued all day long. Surprisingly, that torquey V6 diesel, rear air suspension/coil spring setup and the nimble, relatively lightweight chassis (for an over 5-metre long car) makes for a very pleasing drive experience.

But first, let's get the numbers out of the way. The 3.0-litre V6 turbo diesel makes 306PS and a healthy 689Nm of torque, all sent to the rear wheels via an 8-speed automatic transmission. Despite being one of the longest in its segment, the Jaguar is also one of the lightest at 1860kg on account of a large amount of aluminium used in its chassis construction. This allows it to sprint up to 100kmph in just 6.64s. It’s just a tad off the timings of its competition - the BMW 730Ld dispatches 0-100kmph in 6.35s while the Mercedes-Benz S350d does it in 6.58s.

If you decide to own this cat, we urge you to please, please step behind the wheel whenever you can. It will surprise you with how nice it is to drive. The steering is direct and very precise and though the long chassis initially wants to continue going straight, once the sticky Pirelli P Zeros bite, the nose just darts into corners. For an electromechanical steering set up, there’s a surprising amount of feedback from the wheel too. As you up the pace, the 5 metres of length seems to shrink away. Not to the extent that you ever feel like your in a sports car, no it’s too long for that. But more than anything it lets you enjoy playing with it around corners without ever feeling like the kid who got caught with his hand in the cookie jar.

For a car equipped with adaptable air suspension, there’s a surprisingly little hue and cry of it in the cabin - just a toggle button that shifts between Normal, Winter and Dynamic modes. This alters both engine response, steering feel and also the suspension setup. Normal, the softest setting of the three, is best for cruising over smooth roads. It soaks up gentle undulations and bumps. However, some of the sharper bumps on the road, like level changes or expansion gaps, tend to filter in. Winter mode is a little more supportive and over broken roads, this would be a better option to be in. It does dull the throttle response a little but not so much that it affects driving in any way. This would be the best option for our city roads as it’s a little more supportive than Normal and also filters out the sharper bumps better. Dynamic is much more supportive and quickens up throttle response as well as makes the ride firmer. It’s great for when you step behind the wheel but also increases road noise a bit as even smaller undulations in the road are now audible in the cabin even if they are not quite felt.

If you look at the spec sheet, the XJ50 ticks all the boxes. The quilted leather off-white and black two-tone interiors are pure old-school, especially when it’s combined with the nice gloss wooden trim that runs all around the cabin and even across the bottom of the windscreen in a very maritime-like fashion. Personally, though, it could have done without the black leather trim as this tends to darken up the cabin a little while adding little to the luxury feeling.

The 10-inch touchscreen infotainment control screen is easy to use and what makes the experience even more fluid on the move is the addition of physical buttons to control the menus as well. Then there’s the 12.3-inch full-colour TFT information display. This changes colours depending on the driving mode and even has customisable layouts that give importance to different aspects as per your tastes and needs. In the traditional three-pod display layout, you can customise it to display all the trip info that you’d ever want.

In the rear, both seats recline and you can remotely fold away the front passenger seat for extra knee room. Both rear passengers get 10-inch monitors that can fold out of view when you don’t need them, while the cooled/heated seats will keep you comfortable on your way to that important meeting and the massage functions will sooth the worries of the world away on your way home. But if like us you’ve spent some time with the Mercedes-Benz S-Class and the BMW 7 Series, which have frankly spoilt us a bit, the luxury in the XJ leaves you wanting a little more.

There are no complete features missing per se, but it’s in the execution of some of these creature comforts where the competition excels in the luxury game. Let’s start with the seats. They recline a fair few degrees but since this is achieved by lifting the seat portion upwards and forwards rather than moving the seat back rearwards, it tends to leave you with little room to rest your feet under the front passenger and driver seats. Then there’s the fold away table that is nice and wide, big enough to hold a full-sized laptop even. But the way in which it folds up is a little awkward. It requires the use of both your hands to accomplish and it’s also hard to get your knees out of the way as it folds upwards. The screens themselves are bright and allow you to control the audio functions and the cooling and massage functions of the seats. However, they don’t offer quite the depth or ease of functionality of the more tech-laden Merc and BMW. So while the XJ does the job, the Germans do it a little better.

So is the XJ50 Anniversary Special, er... special then? Despite this fourth generation of the XJ being over eight years old, it’s still arguably the best looker in the segment and quite the sleekest cat in the Jaguar fleet. That punchy diesel engine and its chassis dynamics make it surprisingly nice to drive. Yes, if you want to be cocooned in opulent luxury, then there are other sedans that do a much better job of pampering you in the back seat.

At Rs 1.11 crore it undercuts even the lowest trim levels of its rivals (the Mercedes-Benz S 350 d is Rs 1.36 crore and the BMW 730Ld starts at 1.2 crore for example) by a reasonable chunk of change. So if you like to step behind the wheel every once in a while and desire to be different from the crowd, then the Jaguar XJ50 can be quite the cat’s whiskers.