We get behind the wheel of the brand new Audi A4 diesel in the Bavarian countryside. So is it worth waiting for? Read on... 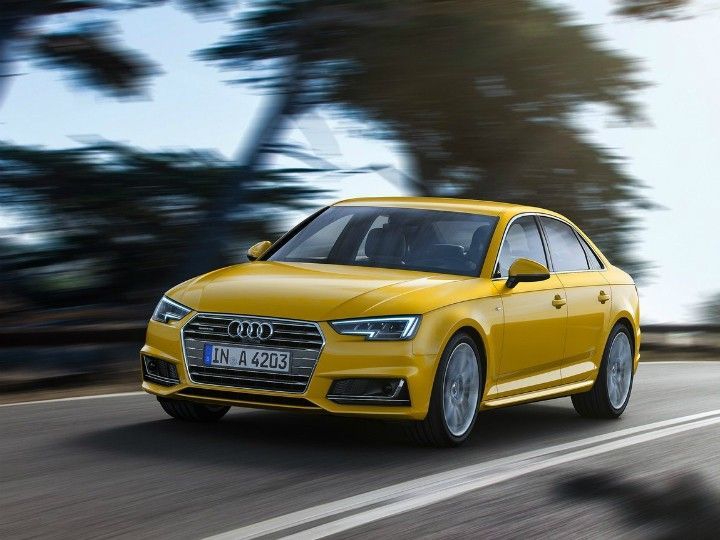 Every car manufacturer worth its weight in gold has a bread and butter product. For Audi India, the Q3 SUV and the A4 sedan are it. Now, the Q3 went through a facelift recently but the A4 sedan has been about the way it is for the better part of a decade now, barring of course the updates in styling and additional gadgetry. Finally though, there is a new Audi A4 and it will make it to India very very soon. So we flew to the German countryside to put it through its paces to find out what it was all about.

Let us start with styling. Audi has never been about revolutionary change in terms of styling and the new A4 as you can see here doesn’t look much different from its predecessor. The overall stance of the car is pretty much the same with the planted and wide look that all Audis get. But put the old A4 and the new A4 together and that is when you realize that evolution isn’t such a bad thing. The new A4 gets a wider grille, which even though is quite edgy, lends a more refined and curvy look to the front. Mostly this is because of the fact that the horizontal chrome slats are well contoured and get a lot of intricate detail within them. The headlights of course are the talking points for most Audi car nowadays and the new A4 gets a set of LED headlamps with a fresh new design for the daytime running lights. Again, although not a very different look from the last generation, the LED slashes do look really cool especially when lit up to their full capacity in the day.

Move over to the rear and this wider, meaner stance continues. Again, the design  is not much of a difference as compared to what it was, but many smaller changes do tend to make a large difference to the overall scheme of things. The side profile though is pretty much the same as the last gen too but you do get a few more muscular details around the side skirts and the bumper edges.

Step into an A4 and what immediately hits you is the sheer quality of things. And if the older A4s did get a bit boring in terms of design, this new one is nothing like that. For starters, Audi has given the A4 the virtual cockpit, which means you no longer have dials in the conventional sense but a large LCD screen that replaces it. You also get a freestanding infotainment screen and a larger central console that was festooned with hardwood on our car. The new A4 also gets a much better MMI interface with all the latest gadgets like Apple CarPlay apart from the standard navigation. And just like its competition you also get ambient lighting. Now, normally you would get a few shades or reds, blues and whites to choose from but on the A4 you can pretty much get any color you want and you could even have a combination of two colors if you are really in the mood to spice things up.

In terms of space, the new Audi A4 has become bigger on the inside both in terms of leg room and headroom. In fact, we think that the A4 could now be the most spacious car in its category, which in turn is good news for all the chauffeured owners that we have in India. And the front seats are really comfortable too especially when you set the side bolsters and the lumbar support to perfectly cocoon your body. Now, the car we drove also came with heated seats but what we would really love in India would be a set of cooled seats that could really push the A4 up in the equipment game. Also, the Indian cars will come with leather interiors as standard, which is a good thing for fleet and entry level buyers.

So, engine options? Of course, the A4 will get both a petrol and a diesel engine. The 1.8-litre engine will be replaced by a new and more powerful 2.0-litre that makes 190PS of peak power and 320Nm of peak torque. The engine will be mated to the 7-speed S-Tronic gearbox and will be available only in a front wheel drive layout. But as always, the diesel will be the more popular one and in this department, Audi does have a few surprises planned. For starters, Audi might bring in a manual gearbox in the A4 for the first time. The manual gearbox will be the base version and will be mated to the 2.0-litre TDI engine that will make 190PS of peak power and 400Nm of peak torque. This engine will also get a 7-speed dual clutch gearbox as an automatic option and will also be mated to a front wheel drive platform.

The one we got the chance to spend a day blasting around the legendary derestricted Autobahn though was the all-wheel-drive Quattro equipped 3.0-litre turbocharged V6. The firebreather of a diesel motor makes 272PS of peak power and 600Nm of peak torque which would make it the most power diesel in its class if Audi launched it in our country. And from what we hear, this will be the most powerful A4 variant in India till the S4 and RS4 make it to India. So, how does it drive. Well, as expected, the power comes on really strong and before you know it, you are on the right side of 200kmph (which is legal on the Autobahn) and on the way to a restricted top speed of 250kmph. The gearbox especially makes a world of a difference and as expected, the dual clutch setup is lightening fast.

Now, the Audi A4 was never really known for its handling but was always an impressive car when it came to ride quality and overall refinement. And the new A4 is a step above. Refinement levels including noise and vibration are top notch and actually feel a class or two above what the A4 is expected to be at. The older lifeless steering too has been dramatically improved and even though the A4 does feel very floaty at high speeds, the steering does give a lot more feedback than ever before while still being extremely easy to drive in crowded city conditions. But ride comfort is of paramount importance in most cases and the A4 really excels in this category. When it makes it to India, the A4 will possibly be the most comfortable car in its category with its plush and smooth ride comfort. Take it over bumpy roads and there is almost no thumping and thudding and the A4, even with its low profile tyres and large wheels is like sitting on your living room sofa.

So, to wrap it up, the A4 is not much different in the way it looks on the outside but when you peel of the exterior, it is a whole new machine on the insides. The new interiors are impressive and quality of materials everywhere is top notch. The fact that there will be a plethora of engine and gearbox options is a great thing for Indian buyers but where we think the A4 will really excel is the fact that it is more comfortable than ever before. Now, Indian buyers do have the option of buying cars like the very capable Mercedes-Benz C-Class (which we think is the A4’s biggest competition in India), but we think that Audi might have a surprise winner on their hands with the new A4. With the launch of the new A4 planned within a couple of months from now, all that is left to wait and see is the price point that Audi will launch at. And from what we hear, the new A4 might actually be just a little bit cheaper than the one it is replacing.