These Are Ducati’s 5 Brightest Ideas 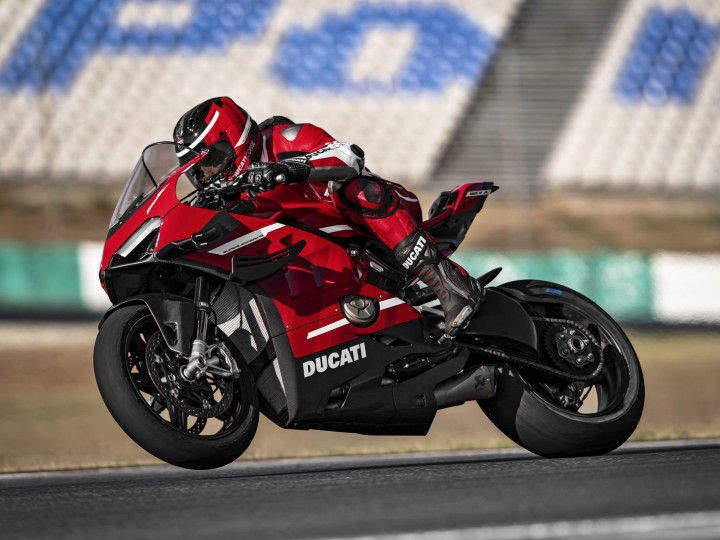 Ducati is Italian and Italians tend to be rather proud. Ducati is no exception, and in this case, its pride is justified because the brand has always been at the cutting-edge of motorcycling technology. It recently celebrated its 94th birthday, and we’re taking the opportunity to look back at some innovative tech that Ducati has pioneered over the years.

One of Ducati’s biggest trademarks is its absolute use of desmodromic valvetrains across all its motorcycles since the late 1960s. Developed by legendary designer, Fabio Taglioni, Ducati holds exclusive two-wheeled rights to the technology even today and it’s one of the biggest reasons why the Italian’s MotoGP machines have earned the nickname, the Bologna bullets.

The desmo system eliminates the undesirable phenomenon of valve float seen at high revs in traditional spring-returned poppet valves. It does this by replacing the return spring with a secondary rocker arm to close the valve, ensuring that valve timing is correctly maintained even at very high revs.

Back in 2014, Ducati rolled out the Multistrada D-air, the first motorcycle in the world that could wirelessly connect to an airbag jacket. The principle was simple: the system used the bike’s existing electronic sensors to monitor the situation and detect a crash. In the event of an accident, it would wirelessly send a signal to the airbag jacket, which would then inflate in just 45 milliseconds. Up until this point, motorcycle airbag technology had to rely on a physical tether between the jacket and the bike. Today, though, airbag suits and jackets have grown into standalone systems which house their own sensors to detect crashes, meaning that they can be used with any bike. To know more about motorcycle airbag systems, how they work and how much they cost, click here.

With the exception of the Panigale V4 and the Streetfighter V4, every single Ducati model is powered by a 90-degree V-twin engine. The forward cylinder bank is placed almost parallel to the ground, leading them to be called L-twin engines. These are also the brainchild of Fabio Taglioni and were first introduced by Ducati on its race bikes back in 1972.

Alright, alright! Ducati wasn’t the first manufacturer to implement traction control on its motorcycles. The technology has been on bikes since the late 90s, but up until Ducati rolled out the 1098R in 2008, traction control was seen purely as a safety aid. Of course, Ducati being Ducati, it took that technology and turned it into a performance aid instead. The 1098R was the first road bike in the world to use what Ducati called a competition-level traction control system, laying the groundwork for today’s IMU-equipped fancy electronic nannies.

This is a race that Ducati hasn’t quite won yet, but it’s definitely one of the frontrunners, and the finish line is nearing ever closer. As part of its ‘2025 Road Safety Map’ program, the company has pledged to introduce radar-based systems such as adaptive cruise control in 2020. COVID has obviously thrown a spanner in the works, but we’re sure the boffins in Borgo Panigale are still working long and hard to roll out the technology as soon as possible. It won’t be easy, though, because BMW, KTM and Kawasaki are all equally close to rolling out their own versions of the same, so it’s anybody’s race. To know more about adaptive cruise control systems and how they can ride your bike for you, head here.