Hands Off The Wheel, No, Handlebars

Bikes could get adaptive cruise control soon, so we take a closer look at the system. 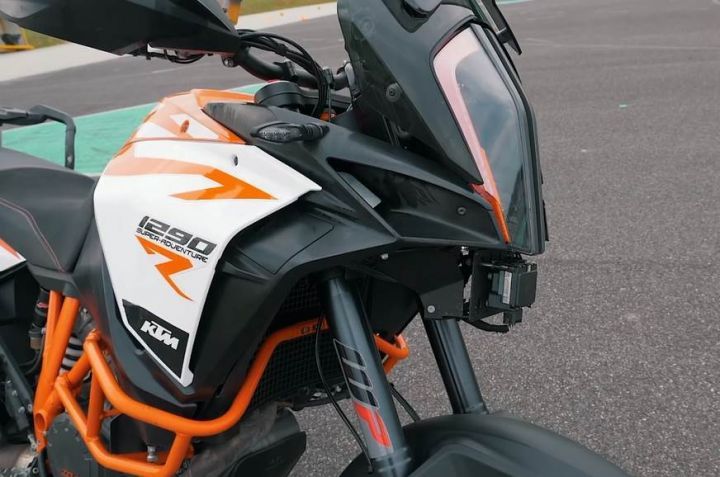 A simple cruise control system allows you to hold a particular road speed without any throttle input. This means you can press the button to activate cruise control and then take your right hand off the twist grip, and the motorcycle will continue to hold whatever speed it is doing. This can be done on bikes equipped with ride-by-wire technology, by simply holding the butterfly valve in the throttle body slightly open, to mimic the rider holding the throttle slightly open.

Adaptive cruise control takes things a step further, by allowing you to latch onto the vehicle in front. Radar sensors on the front of the motorcycle can detect the presence of objects in front and even gauge their distance. The radar unit comprises of a transmitter and a receiver. The transmitter sends out radio waves, which are then reflected back by objects ahead and picked up by the receiver. The unit can use these reflected waves to decipher the size and distance of the objects in front of the motorcycle.

The rider can set the distance at which he is comfortable following the vehicle in front, and the bike will handle the rest. Cars with more advanced systems even allow you to modify this following distance on the fly, letting you close up on the car in front as speeds drop or pull further behind as speeds rise. In theory, it shouldn't be too difficult to transfer this capability onto motorcycles as well.

On long journeys, especially those where you’re travelling in a group with other bikes or cars, one can simply latch onto one of the other vehicles and follow them the whole way without having to modulate speed manually. This results in a very relaxed and stress-free riding experience which makes long journeys that much more enjoyable. Or for example, if you’re feeling a little spent after a long day of riding and you happen to come across a bus going to the same destination as you, adaptive cruise control can simply latch onto said bus and follow it home. It’s no surprise that KTM is testing the technology on its Super Adventure, since this is an adventure tourer designed to cross continents without breaking a sweat. Exactly the sort of long-distance bike on which adaptive cruise control would be most useful.

P.S. - We strongly recommend keeping both hands on the handlebars even when cruise control is activated.