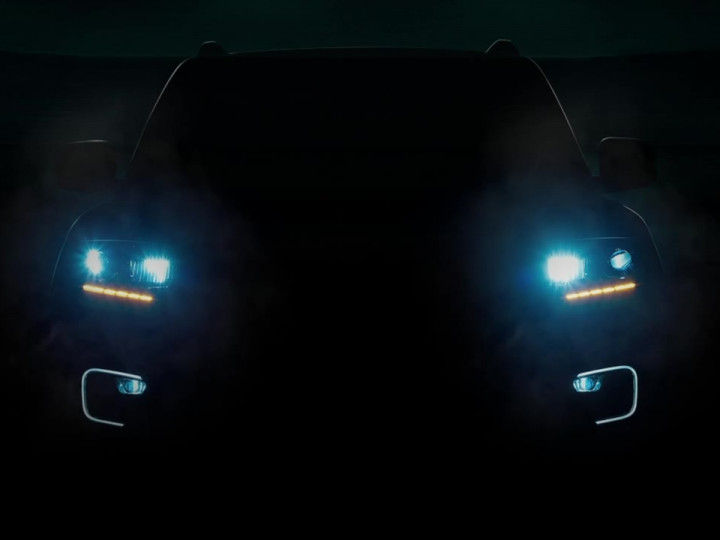 Finally, after seeing Scorpio test mules for months on end, it looks like we’ll be seeing the SUV in the flesh real soon as Mahindra has dropped the first teaser of the upcoming SUV. The Scorpio is getting a generational update after quite a while, and it has grown larger, gets more modern features, and will sport powertrains used by the Thar and XUV700. How do we know all of this? Thank the automotive paparazzi.

The third-generation Mahindra Scorpio has been codenamed Z101 and has been designed and engineered in India. In fact, the teaser shows a clip of the SUV attacking the banked circuit at Mahindra’s SUV proving ground in Chennai at speed. Hopefully, the SUV’s handling has seen an improvement over its predecessor, which is one of its Achilles’ heel.

When it comes to design, the Scorpio seems instantly recognisable, albeit a size larger. So, the traditional Mahindra slatted grille dominates the front end, flanked by a pair of dual beam LED projector headlights. In profile, the Scorpio has an upright stance and its silhouette is identical to the current car. And the rear, well, you can have a look at its tail lamp which is already available in Karolbagh.

Inside, the 2022 Scorpio gets a simply-styled dashboard finished in black/brown with plentiful contrasting highlights. Plus, the SUV is expected to be offered in either 6- or 7-seater options. That said, a spy shot tells us that boot space is mediocre and good enough only for a couple of soft bags with all the three rows in place.

Mahindra’s 2-litre turbo-petrol and 2.2-litre diesel engines will be plonked in the Scorpio, albeit in a different state of tune from the XUV700 and Thar. The motors will be teamed with a 6-speed manual and an optional automatic transmission and the Scorpio will be offered in both rear-wheel and all-wheel drive (with low range) guises.

The new Mahindra Scorpio is expected to break cover in June, when the nameplate turns 20 years old in India. At an expected starting price of around Rs 10 lakh, the new Scorpio will be a rugged alternative to the Hyundai Creta, Kia Seltos, Skoda Kushaq, VW Taigun, and MG Astor.