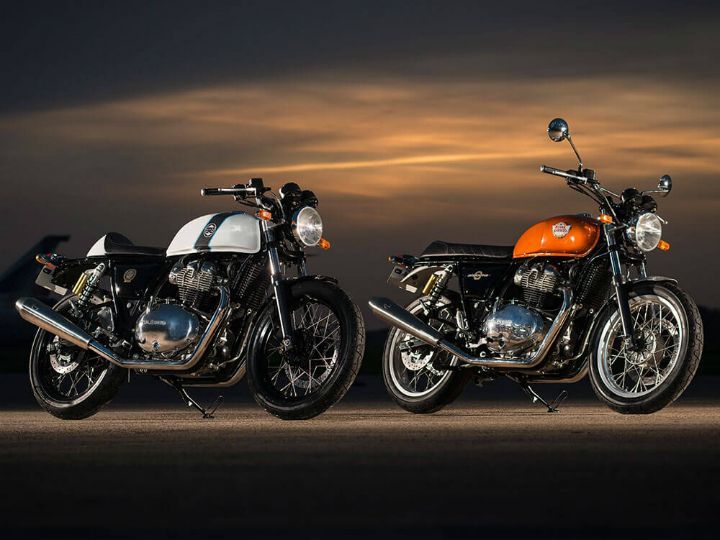 The Royal Enfield Interceptor 650 and the Continental GT 650 are two of the most eagerly-awaited motorcycles in the Indian two-wheeler market. Although the launch is still a couple of months away, we’ve now got our hands on the specifications of the India-spec motorcycles, including its power figures, weight, dimensions and other technical details, thanks to pages from an owner’s manual. It must be noted that both motorcycles are already available in various markets around the world. Here’s what we know about both the motorcycles so far.

Both the Interceptor 650 and the Continental GT 650 are powered by Royal Enfield’s all-new 648cc air and oil-cooled parallel twin motor. The 9.5:1 compression ratio should ensure that the motor is relaxed while it produces its peak power of 47.6PS at 7100rpm and 52Nm of torque at 5200rpm. The short stroke unit gets a 78mm x 67.8mm bore x stroke ratio, while engine oil capacity is rated at 3.2 litres (oil change capacity). It features a 6-speed gearbox with a slipper clutch. Although the gear ratios are shorter than the Kawasaki Z650, it gets a taller final drive.

Both motorcycles are based on a steel cradle frame and get conventional 41mm forks with 110mm of travel at the front and twin shock absorbers with 87.5mm of travel at the rear. Both motorcycles feature 18-inch wheels at either ends with a tube-type 100/90 front and 130/70 rear tyre. Braking is via a 320mm front disc and a 240mm rear unit with dual channel ABS offered as standard.

At 804mm, the seat height is a bit on the taller side. They also feature a 24-degree front rake angle and a 1400mm wheelbase. Ground clearance is rated at 174mm, which is quite good for Indian conditions. And while the Continental GT gets a 12.5-litre fuel tank and weighs 198kg, the Interceptor 650 gets a 13.7-litre unit and tips the scale at 202kg. Their primary rival, the Harley-Davidson Street 750, on the other hand, weighs 233kg.

The upcoming twins from Royal Enfield are expected to be very competitively priced and offer great value for a mid-sized retro twin-cylinder motorcycle. We hope that the launch of both motorcycles will get Harley-Davidson and Triumph to rethink their pricing strategy for the Indian market, while also introduce smaller capacity bikes here.

We will be riding the Interceptor 650 and the Continental GT 650 in California next month. So stay tuned for our first ride review.