Are the changes just cosmetic? Does the Urban Cruiser get any new features over the Brezza? We answer all that in this detailed report 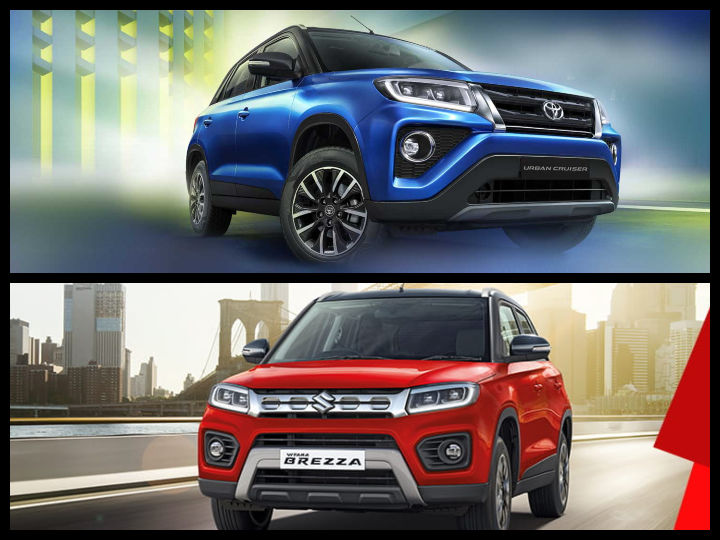 The Toyota Urban Cruiser has been revealed on Toyota’s website ahead of its September launch. While it’s based on the Maruti Suzuki Vitara Brezza, Toyota has done a decent job of differentiating the Urban Cruiser from its donor car. Let’s have a closer look at what those changes are:

We really wish Toyota had utilised a different set of LED headlamps to give the Urban Cruiser its own identity.

While the front-end looks different, the rest of the Urban Cruiser is the same as the Brezza. Right from the tail lamps, silhouette and even the alloy wheels.

The brown colour you see here is exclusive to the Urban Cruiser. You can also have it in a cooler brown/black finish.

Also exclusive to the Urban Cruiser is this orange paint with a white roof.

Toyota is yet to reveal the Urban Cruiser’s dimensions. But expect it to be similar to the Brezza which is 3995mm long, 1790mm wide and 1640mm tall. The Brezza and the Urban Cruiser will have an identical wheelbase of 2500mm.

Step inside the Urban Cruiser and you’ll notice that the dashboard is a straight lift from the... err… Vitara Brezza. However, the Toyota utilises a more premium coffee-brown upholstery while the Brezza utilises an all-black theme. Your pick?

Even the engine powering both models are the same with Maruti’s familiar 105PS 1.5-litre petrol engine propelling both SUVs. This engine can be had with either a 5-speed manual transmission or a 4-speed torque converter. The automatic variants benefit from a mild hybrid system that packs functions like torque boost and start-stop.

But where the Toyota takes an edge over the Maruti is in the after-sales department. The Urban Cruiser’s 3-year/one lakh km warranty package offers more peace of mind than the Brezza’s 2-year/40,000km pack.

So the main differentiating factors between both the models are the cosmetics. You don't get any new features in the Toyota but the Urban Cruiser does look sweet in this brown finish and has a superior warranty package when compared to the Maruti. These factors could seal the deal while signing the cheque.

For more details on the Urban Cruiser’s variants and expected pricing, head here. Prices are likely to start from Rs 8.20 lakh (ex-showroom). The Urban Cruiser will reach showrooms in September and will compete with the Vitara Brezza as well as the Hyundai Venue, Tata Nexon, Ford EcoSport, Mahindra XUV300 and the upcoming Kia Sonet.