A couple of new variant launches, a car launch date and two global unveils made up the highlights over the last seven days 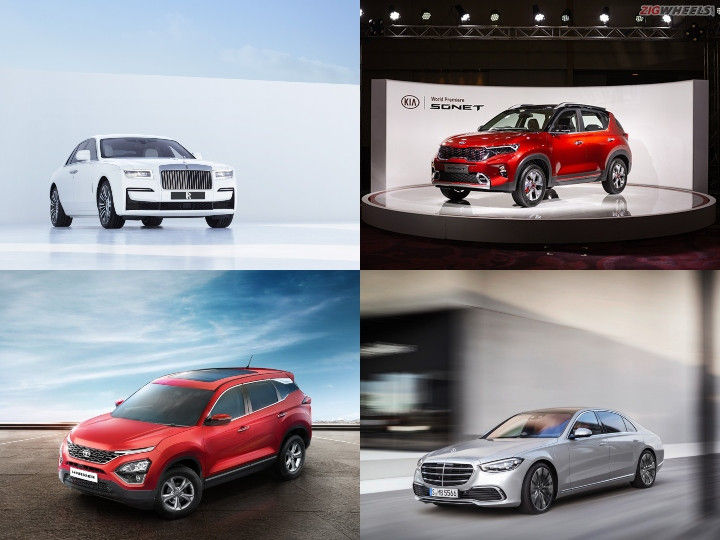 The past week was a busy one for the Indian automotive industry with new variants being added to two Tata models, as well as a launch date getting confirmed. Global markets had a couple of cars getting extensive generational updates. Here's more on what went down:

Kia Sonet Gets A Launch Date

Kia Motors’ upcoming Sonet sub-4m SUV is just around the corner as the carmaker has announced a launch date. Kia’s third model in the country after the Seltos and Carnival will be offered in six variants, boasts a premium design, comes loaded with features and a wide range of powertrain options. Head here to know when it’ll be reaching Indian showrooms.

Tata Motors has continued its habit of trickling down the electric sunroof to lower variants of the Nexon with the launch of the XM (S) variant. This makes it the most affordable car in India to get a sunroof. Not only it retains all the bits from the XM variant it is based on, it also gets additional kit. To know more about how much you’ll have to shell out, head here.

Another Tata model to get an additional variant is the Harrier with the launch of the XT+ variant. Like it was the case of Nexon, the panoramic sunroof from the top spec variants has tricked down to the XT variant trim. It gets all the bits from the XT variant but still misses out on some niceties from higher end variants. Head here for more details.

Another global model that got a generation update is the Mercedes-Benz S-Class. We can say that the upgrades are comprehensive with sharper exteriors, a multiplex-like cabin, autonomous driving tech, mild-hybrid engines and so much more. To know more on Mercedes-Benz’ latest iteration of its luxury barge, head here.

With the latest-generation Honda City already launched in India, Honda assured us that its predecessor would live on for a little longer. And it has lived on with a price cut and a variant rejig. Head here to know what’s changed for the older City.