This week saw the covers being take off a bunch of cars, the preview of a prototype, and a much-awaited launch 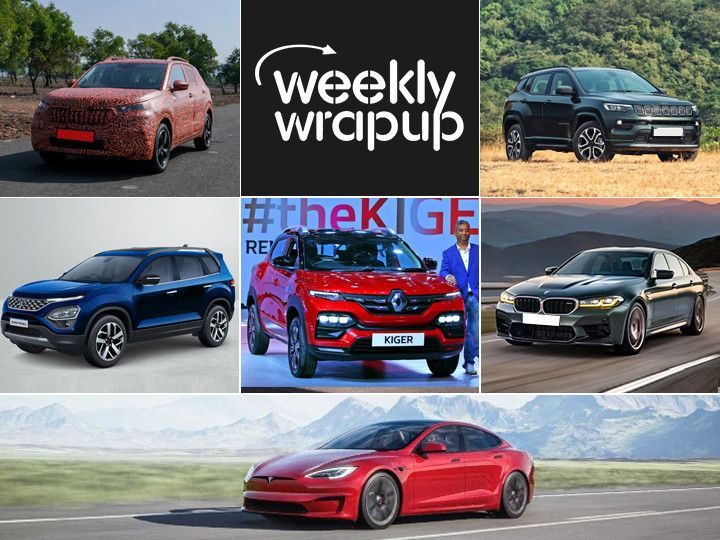 Like most of 2020, January has zoomed right past us. As the first month of 2021 comes to a close, there is much to be excited about as is evident from all the unveilings that have happened over the last seven days. We have seen the facelifted Jeep Compass launch and a couple of Teslas getting their due. Let’s take a look:

Tata has unveiled the Harrier-based three-row SUV, dubbed the ‘Buzz….no, the ‘Gravi….oh yes, the Safari. After a barrage of codenames, Tata announced this SUV would be the successor to the Safari badge. The 6 and 7-seater Safari gets a stepped roof, an upright tailgate, and some tweaks at the front. It will also get the option of a 6-speed automatic transmission for the first time. For more details about bookings and launch, head here.

Skoda’s India 2.0 plan is set to go into overdrive with the upcoming Creta and Seltos-rivalling SUV, the Kushaq. Despite the heavy camouflage, we got to drive the SUV prototype first introduced as the Vision IN Concept at Auto Expo 2020. Check out our first impressions here.

Renault's funky sub-4m SUV, the Kiger, has finally been revealed, and we think the Nissan Magnite's sibling has taken the sex appeal to a whole new level. It will be offered with two petrol powertrains, a long list of premium features, and uber-cool 16-inch diamond-cut alloys. Read more about it here.

The Facelifted Compass Has Arrived

Jeep has launched the facelifted Compass. Though the Limited Plus variant has been scrapped, the new Compass gets comprehensive updates and a new ‘Model S’ variant. There is also a limited 80th-Anniversary edition on offer. Head here for all the details.

Tesla has updated its electric Model S sedan and Model X crossover. Both now get a 17-inch landscape-oriented touchscreen (instead of the vertical tablet-style one in the previous models) and an 8-inch display for the rear seats. There is also a new Plaid+ variant exclusive to the Model S, offering some serious range and performance. See all the updates here.

A more powerful engine. 70 kilos lighter. 0.3 seconds faster for the 0-100kmph sprint. The CS badge. You will have to see the BMW M5 CS, and there is no other way around it. Check out the slimmer, more athletic M5 CS and its specs here.