It gets a host of updates, making it a more tempting option now 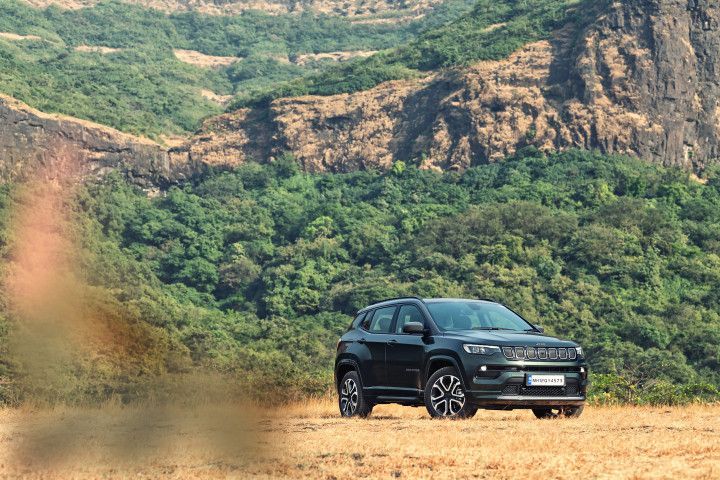 The facelifted Jeep Compass has been launched in India at Rs 16.99 lakh (ex-showroom). It’s offered in four variants, including the new ‘Model S’. Jeep will also offer a limited-edition variant to commemorate its 80th anniversary this year. Both petrol and diesel engines are on offer, with manual and automatic transmission.

Jeep has given comprehensive updates to the Compass. Has it resulted in a steep price hike? Let’s find out:

While the original Compass was priced between Rs 16.49 lakh and Rs 24.99 lakh, the facelifted model retails from Rs 16.99 lakh to Rs 28.29 lakh. In fact, the new ‘Model S’ variant is a whopping Rs 3.3 lakh more than the earlier top-spec Limited Plus.

The majority of the updates on the facelifted Compass are on the inside. The all-new dashboard uses soft-touch material and leather trims, which feels premium. Aluminium and gloss black trims have been used generously. It’s offered in two interior colour schemes. While the range-topping Model S sports an all-black scheme, the other variants have dual-tone interiors.

Jeep has loaded the facelifted SUV with new features, including ventilated front seats, an Alpine sound system with a subwoofer, wireless phone charger, powered tailgate, and a 360-degree camera. Dual-zone climate control, a panoramic sunroof, keyless entry with push-button start, auto headlamps, and wipers have been retained from the earlier avatar. Safety is taken care of by six airbags, ABS with EBD, parking sensors, and electronic stability control.

However, it’s not only the interiors and features that have been upgraded. The new front bumper gives it a beefier stance, whereas the lesser use of chrome makes it look sportier. It also comes with new LED headlamps that look sharper than before. The rest of the design is mostly the same, save for the new alloy wheels.

The Compass continues to utilise the existing 172PS 2.0-litre diesel and 163PS 1.4-litre turbo-petrol engines. Here are the detailed specifications:

The facelifted Jeep Compass will fight it out with the Skoda Karoq, Hyundai Tucson, VW T-ROC, and the Tata Harrier. We’ll be driving the Compass soon, so stay tuned for our thoughts on it.