The Safari might not have the brute appeal of its predecessor, but it’s more modern and advanced than before 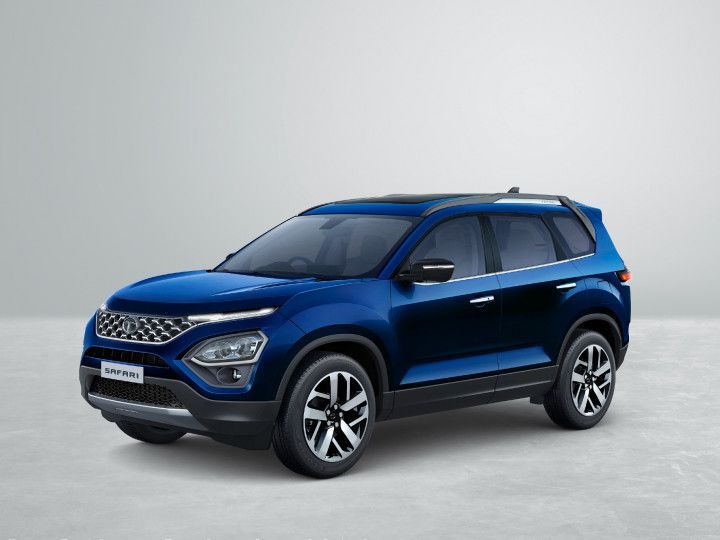 The Tata Safari is back. Nope, it’s not the body-on-frame off-roader you and I must have been familiar the past, but the Safari is now a modern 6- / 7-seater family SUV. It is essentially a three-row version of the Harrier that’s based on the Land Rover D8 derived platform. It will come in six variants: XE, XM, XT, XT+, XZ, and XZ+. Bookings for the Safari will begin on Febuary 04 and the launch will officially open in the middle of the same month.

Interestingly, the Safari, which utilises the same wheelbase as the Harrier, is 63mm longer. The extra length has gone behind the rear wheels to accommodate the third row. It's also taller than the five-seater SUV by 80mm and that should result in better headroom.

The extra length behind the rear wheels has resulted in a slight alteration to its design. For starters, the Safari’s tailgate is upright and the LED tail lamps are sleeker. It sits on larger 18-inch wheels, whose design is similar to the Harrier’s 17-inch units, while giving the Safari a better stance. And while the front-end looks similar, the keen eyed will notice the new tri-arrow pattern grille finished in silver and chrome.

It features the same dashboard as the Harrier, albeit in a black-white shade. It can be had either as a 6-seater with captain seats or a 7-seater with a bench seat for the middle row occupants.

The Safari gets a few extra additions over the Harrier such as connected car tech, powered tailgate, an electronic parking brake with auto hold function, a tyre pressure monitor, and rear disc brakes.

The Safari is powered by a FCA-sourced 2.0-litre diesel engine that develops 170PS of power and 350Nm of torque and drives the front wheels. There won’t be an all-wheel drive variant initially, but Tata could offer one later if demand persists. However, the Safari for the first time, will be offered with a 6-speed automatic transmission that will be sold alongside the manual variant.

We expect the Safari to cost between Rs 15 lakh and Rs 21 lakh when it goes on sale by mid-February. It rivals the MG Hector Plus and the Mahindra XUV500.