This week was packed with unveils, reveals, launches, and on top of it all, the news of Tesla’s entry in India 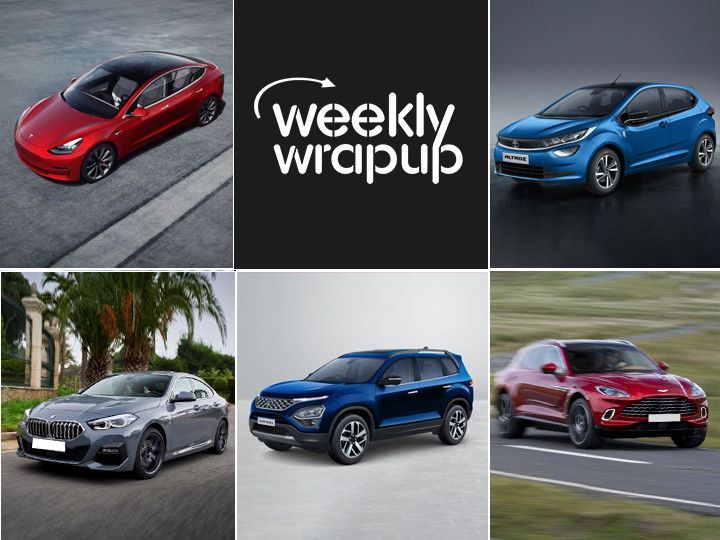 The past week has been nothing short of exciting, and we have picked the best of the events that just took place. From highly anticipated launches to Tesla taking one major step into its India operations, here’s all that happened this week:

The successor to the iconic Tata Safari badge has been revealed in official pictures. Despite being based on the Harrier, the three-row SUV will get some exclusive additions of its own. This includes a stepped-roof, Tata’s tri-arrow grille, and an upright tailgate. It is also expected to get additional features such as connected car tech and a powered tailgate. Head here to know what more the Safari could offer.

Tesla has taken a major step towards commencing operations in India. Officially registered as Tesla India Motors and Energy Pvt Ltd, the company has set up its first R&D centre in Bangalore. Three directors have been appointed to head the Indian entity of the Palo Alto-based carmaker. For more details on Tesla’s entry into India, head here.

It’s been over a year since its debut, but Aston Martin has finally brought the DBX SUV to India. Priced at Rs 3.82 crore (ex-showroom), it boasts a 550PS 4.0-litre twin-turbo V8 and a bunch of cool tech and features. Its exclusivity will also factor into its appeal as only 11 units have been allocated to India for 2021. Check out all the exciting details of Aston’s first ever SUV here

Late to the party of hot-hatches, Tata has finally unveiled the Altroz iTurbo. It will be powered by a 110PS 1.2-litre turbo-petrol engine and will also get an automatic transmission option soon. Prices will be revealed on January 22, but for now head here to check out the rest of the Altroz iTurbo’s details.

BMW 2 Series Gets A Petrol Powertrain

Initially launched as a diesel-only offering in October 2020, BMW had promised a petrol version for its entry-level 2 Series sedan. The petrol version is available in a single 220i M Sport variant, packed with all the sporty features and goodies. Priced at Rs 40.90 lakh (ex-showroom) it sits right in the middle of the 220d Sportline and the 220d M Sport diesel variants. Head here to know more about the petrol-powered 2 Series.